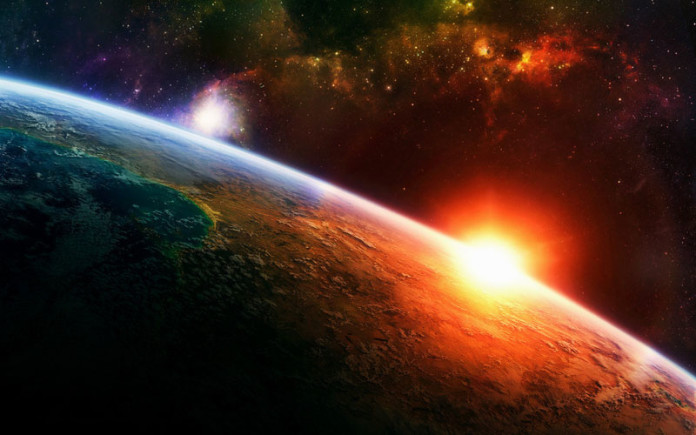 More than messages on temperance, more than messages on church discipline, is the need for the message of God’s way of salvation. Thank God, there is a way of salvation, there is a way home, but there is only one way home to God. I remember C.O. Johnson telling about a man who drove into a town and stopped to ask a local boy the way to the Post Office. The boy seemed quite confused, but he began, “Mister, you go down this way three blocks and turn to the right and go one block and turn left. . .No sir, you can’t get there that way. “He tried again, “Go down this street four blocks and turn right, and go two blocks and then turn left . . .No sir, you can’t get there that way.” A third time he began, “Go down here six blocks and turn right and go about four blocks and then turn left . . . No sir, I’m sorry, but you just can’t get to the Post Office from here.”
The world’s greatest ignorance is on this subject: How to get home to God, how to be saved and be sure you are saved. God has tried to make it simple in His Word, but because of man’s sin and depravity, he refuses to receive the simple way. Therefore, we have a multitude of confusing man-made ways of salvation. But, still, there is only “one way home.” There are three reasons why men are so confused. The devil wants you to be confused and works to that end. Don’t forget that the devil is the author of confusion and doubt. He is the “father of lies.” The devil wants you to believe a lie and be dammed. False ways are advertised and publicized more than the true way. The writer of A Sunday School quarterly makes the statement, “There are many ways to God.” The writer of a column in the Louisville Times says, “Nothing is free, not even salvation, for one must be good to be saved.” Even in a child’s Bible picture book the false ways are advertised; commenting on the story of Lazarus and Dives, it is said, “By and by the rich man died, too. But the angels did not come to carry him to heaven They paid no attention to him at all because he had not been kind to others while he lived.” Now, let us see the evidence of the Word.

I. By Picture and Type The Old Testament Says, “There Is One Way Home To God.”

I will give you three or four illustrations. There was one door to the ark. “And the door of the ark shalt thou set in the side thereof” (Genesis 6:16). This one door was a symbol of the one way of salvation. The ark was approximately 547 feet long, 91 feet broad, 54 feet high. It had over two acres of floor space. By conservative estimate the ark cold carry 5.600 men and provisions. There were only “eight souls” aboard, and the rest of the space was for animals. But with all of its size and space, there was but one door. The ark was a place of salvation and there was one door in. When they were all in, God shut the door. There is a picture of salvation and security. There was one way of escape from the death angel when he passed over Egypt (Exodus 12). That was by putting the blood upon the lintel and on the two side posts of the door. The first born of the Egyptians were slain. The Jewish first born lived. “When I see the blood, I will pass over you.” When the tabernacle was built at God’s direction, there was one gate to the tabernacle. Again God speaks of the “one way home.” This one gate gave the Israelites a means of approach to God. There was no other way. There was one “altar of sacrifice in the tabernacle. There was no approach to God save by this altar. There is now but one altar of sacrifice. It is the place where He Himself purged our sins. And in these few examples we are merely touching the evidence of the Old Testament.

II. By Pungent Statements The New Testament Writers Declare, “There Is One Way Home”

Call the roll of the inspired writers; hear Paul in Romans 10:9 “. . . if thou shalt confess with thy mouth the Lord Jesus, and shalt believe in thine heart that God hath raised Him form the dead, thou shalt be saved.” “For by grace are ye saved through faith, and that not of yourselves; it is the gift of God; not of works, lest any man should boast” (Ephesians 2:8,9). “This is a faithful saying, and worthy of all acceptation, that Christ Jesus come onto the world to save sinners; of whom I am chief”(1st Timothy 1:15). The writer of Hebrews declares, “Neither by the blood of goats and calves, but by the His own blood He entered in once into the holy place, having obtained eternal redemption for us” (Hebrews 9:12). Hear John as he says, “He that hath the Son hath life; and he that hath not the Son of God hath not life” (1st John 5:12).

Hear Jude: “Now unto Him that is able to keep you from falling, and to present you faultless before the presence of His glory with exceeding joy”(Jude 24). Hear the apostle Peter: “Who His own self bare our sins in His own body on the tree, that we, bring dead to sins, should live unto righteousness; by whose stripes ye were healed”(1st Peter 2:24). Our whole Bible shouts with a voice of thunder, “One way home.” And that is the way of salvation by grace through faith in Christ. Every other so-called sacred books of the world has one refrain, salvation by works, whether it be the Veda of he Brahmans of the Koran of the Mohammedans. Our Bible is a protest against this from beginning to end. We believe in good works, but they are the outcome of a grateful heart. Good works are the fruits of our faith. Other books may have some good teachings and philosophies, but God’s Book declares that the way home to God is by Christ Jesus who came into the world to save sinners!

III. By Positive Declaration Jesus Says, “One Way Home” To The Father

Whether rich or poor, educated or ignorant, cultured or crude, Jesus must be your Saviour if you are to come home. Whether you are a drunkard or a total abstainer, whether moral or immoral, whether church member or non-church member, there is only one way home, Jesus. In His first coming He came to prepare us for the place; in His present work in Heaven, He is preparing the place for us; when He comes again, He will take us to the place prepared. Do you remember the story of John Howard Payne? . . .

“Overtaken by misfortune, poverty, and sickness, John Howard Payne went staggering down the streets of Paris toward the garret where he slept. Darkness had fallen. The sleet drove against his face and the cold pierced his thin cloak. Suddenly, a door opened, and the light streamed forth upon the street, the flow and warmth perfuming all the air. Into the arms of the man who stood upon the threshold, happy children leaped, while the beaming mother held forth her babe. In a moment the door closed, the light faded into darkness, and the youth stood again in the sleet and cold, little dreaming that what he was learning in suffering, he was to teach in song. That night, shivering beside his table, the youth lighted his candle, and though the tears fell upon the paper within, like the rain upon the street without, his heart went bounding across the seas, for he knew there was no place like home. He saw the old home stead again, crossed its sacred threshold, saw again the warm smile of the mother long since dead, heard his revered father’s voice, heard the voices of dear companions ringing across the green and felt the home that once was behind him was now before him in that Heaven where he should meet again those whom he had loved and lost. And so, with streaming eyes and leaping heart and shining face, he saw the vision splendid and exclaimed, “There is no place like home,’ and sang of home and Heaven. “Mid pleasures and palaces tho we may roam, Be it ever so humble, there’s no place like home; A charm from the skies seems to hallow us there, Which seek thro’ the world, is ne’er met with elsewhere.”

Receive Jesus now as your Saviour! He is the way home.

Simple Logic Says to Only Use the KJV

Why Are Sports Not Worldly?

Why We Must Teach Our Kids Responsibility

God’s Plea to the Christian: Let’s Get Better Acquainted

Pastor, Is It Time For An Attitude Check?