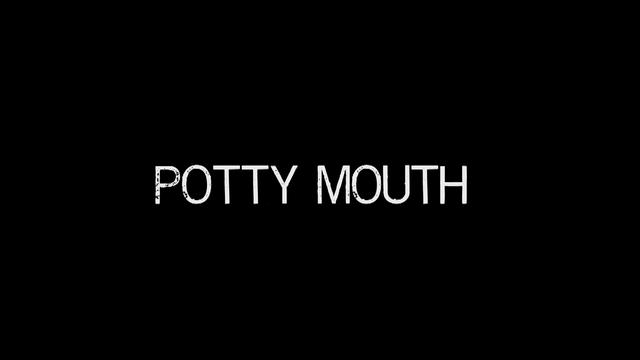 Proverbs 10:32  “The lips of the righteous know what is acceptable: but the mouth of the wicked speaketh frowardness.”

I am not that old, but I am old enough to remember when the people who gave the news either on Television or on the radio had some dignity and decency and would not talk about certain things or at least were extremely guarded in their choice of words. Our society has changed dramatically in recent years and things have certainly not changed for the better. Americans clamor for reality shows where people curse and swear at each other and Hollywood’s little “beep” sound, accomplishes nothing as all who watch the programs know exactly what the person just said. The FCC is currently strongly considering loosening the rules for words used in prime TV and radio. Filthy four letter words that are not allowed at the present time, will more than likely soon be allowed.

While the world waxes worse and worse around us, we as Christians should not follow along in the disgraceful nonsense they participate in. It amazes me how many Christians just don’t seem to know how to keep their language clean and right. Every single day of my life it seems I hear a Christian say, “Oh my God!” I hear them say “Geez”, which is simply saying “Jesus”! The dictionary defines“Geez” as a euphemism for “Jesus”! Internetslang.com defines “Geez” as meaning “Jesus”. The Free Dictionary online defines “Geez” as “Shortening and alteration of Jesus”. The Urban Dictionary defines “Geez” as “Short for Jesus. Used by Christians who don’t want to “use the Lord’s name in vain” even though it’s just as bad. – – A mild oath. Roughly equivalent to saying “Jesus Christ” as an oath, but less severe, and used so as not to get stricken down for blasphemy!”Allwords.com defines “Geez” as “Etymology: A corruption of the word Jesus.”

There is no doubt about it, that “Geez” is not an acceptable word for the“righteous” to be using! In other words, people who claim to know Jesus Christ as their Saviour ought to know that it is not acceptable to use half of his name as an oath, “…roughly  equivalent to saying Jesus Christ…” We ought not to be using words that are a corruption of the names of our Saviour! Yet Christians carelessly say all sorts of words that are not acceptable to the righteous. The Free Online Dictionary says that “Golly” is an “Alteration or euphemism of God”. By the way, aeuphemism is simply using a word in the place of another. Merriam Webster Dictionary says that “Golly” is an oath and a “euphemism for God”. Hotword.dictionary.com says this: “Gosh, Golly, Gee and Geez casually express surprise or excitement, right? Actually they have a more serious origin and purpose. While this folksy trio are informal interjections, they are also euphemistic alterations of the word “God” or, in the case of “gee” and “geez”, Jesus.” According to Internetslang.com, The Free Dictionary, Merriam Webster Dictionary, and several other dictionaries say the word “darn” means “damn”. The Urban Dictionary says,“A way for ‘religious types’ to say damn without offending others of their ilk.” All of these dictionaries say the exact same thing for the word “dang”. According to all these dictionaries, the word “heck” is a euphemism for “Hell” yet the urban dictionary and others let us know that this word is quite vile. It is a fusion of two words with the first two letters of “Hell” and the last two letters of a 4 letter sexual word that will not be printed here. It is most certainly NOT an acceptable word for a Christian to use in their daily lives. The Urban Dictionary defines Jiminy Cricket as“A way of swearing, without swearing. Instead of saying “Jesus Christ!” you say “Jiminy Cricket!” – they both of course have the same first letters of J.C.” Merriam Webster says that “Crap” means “the act of defecating”, yet many, many, many a Christian uses that word every day when they are frustrated or upset about something. “Stop screwing around”, or “screwed up” etc., are sexual words, yet Christians use them often. There are numerous other words that Christians would do well to not let them come forth from their lips.

Now before you get mad at me and tell me I’m crazy, I am just showing you a verse that God put in our Bible. It tells us that “The lips of the righteous know what is acceptable…” I did not put the definitions of these words and others in our dictionaries. In fact I have never written a dictionary of any kind. Yet, our dictionaries clearly define these words for what they are. So Christian, let me ask you some simple questions. Do you think it is acceptable by God to use words that your dictionary clearly defines as words that mean His name, as curse words and oaths. Do you think it is acceptable by God to use words that mean “damn”, when the Bible clearly lets us know that only God has the right and power to damn anyone. Do you think it is acceptable by God to use the extremely vile sexual word“heck” in our daily language of life. Don’t you think that as a Christian you can think of a better word to come up with when you are frustrated then a word that means “the act of defecating”? And by the way, that uncomfortable feeling in your heart as you read that definition, proves the point. You are uncomfortable reading the definition, yet seem to have great comfort in saying it whenever you want to in your daily life. Somewhat ridiculous wouldn’t you say?

25 years ago I was a newly wed and I was helping my new bride in our new home. I was hammering a nail and instead I of course hammered my thumb. In pain and frustration I shouted “Dang-it!!” Upon hearing this come out of my mouth, my wife was horrified. She asked, “What did you say?” I once again unashamedly said,“Dang-it!” My wonderful wife was not happy to say the least. She looked at me as if she had mistakenly married Lucifer’s little brother and said, “I can’t believe you would swear in our house and use a word like that!” At first I tried to defend myself by telling her it wasn’t “that bad” of a word. I tried to make her feel like she was over-reacting and to lighten up a bit. She would have none of it!! She asked me if I felt it was a good thing for a curse word to be coming out of the mouth of the Pastor! I thought to myself, “Hey, don’t be pulling the Pastor card on me!” Then she said to me, “That word is the same word as “$#%^”! I said, “Hey, I will have no swearing in my house!” Just kidding! I knew better than to challenge her on that one or even joke about it in that moment. She was seriously, righteously indignant. In my heart, I knew she was right but my pride didn’t want to let her know right off. So, I held out for a bit and tried to justify myself. The problem was that she was right, she was on the Lord’s side and I was wrong. After a bit, I got tired of being looked at like I was playing for the Luciferian Cursing Champs and I apologized to her and told her I would clean my language up. I have failed a time or two over the years, but by God’s grace He cleaned those words out of my system. I came to a place where I wanted the words of my mouth to please the Lord, not just my wife. I came to appreciate in a real and genuine way the verse that my wife chose as her life’s verse, Colossians 4:6  “Let your speech be alway with grace, seasoned with salt, that ye may know how ye ought to answer every man.”

Christian if you really are what you claim to be, a child of the King, “let your speech be alway with grace”! Learn to only use words that are acceptable by God and don’t be so careless using words that are so unpleasing to Him. You don’t have to be the Pastor to have a need to speak words pleasing to God. If you are a Christian, you are supposed to “know” the words that are acceptable to your God. Don’t just ignore what you have read in this devotional and act like its not important. It’s time for Christians to clean their mouths up and talk like Christians should talk. Friend, be honest before God and learn and then “Know What Is Acceptable” to Him! Stop justifying your careless words! Stop playing for The Luciferian Cursing Champs, and clean your language up!

What do you think?  Are these words acceptable to use as a Christian?  Leave your answer in the comment section below!

Top 3 Vaccinations Every Christian Should Get

Labels Are For Distinction

The Pursuit of God

How To Tell If You’re Putting God First In Your Home?