This week, I have spent much more time in prayer for some people who have burdens which appear be weigh in at a thousand pounds.     Each one I am praying WITH is a praying Christian. It is not that they are incapable of praying on their own, it is just that they needed the support of these that really care about THEM.  Galatians 6:2 reminds us that we are to “Bear one another’s Burdens.”  My next article will deal with this subject.

I Samuel 30:1-6: In I Samuel chapter 30 we read where David was hurt and his hurt ran to the very depths of his soul.   What caused his grief? The Amalekites, which were the enemy of Israel, had invaded Ziklag, defeated the Israelites, and set the city on fire. As the city was burning, the Amalekites took each of the women and children into captivity.

Following these dreadful events, David and his men arrived at Ziklag only to see the fire burning their homes, and then to discover that each of their women and children were now in enemy hands.

Every man was so overcome with grief that verse four informs us that  “David and his men wept until they had no more power to weep”.

The unimaginable and inexplicable had actually happened.

Yet notice verse six.  David’s grief goes to another level. Why? Because his soldiers were now blaming him for their loss.  The crowd was seriously considering the stoning of David.

I have often wondered how this would help their situation at all. There was no word of anyone killed. So there was hope of recovering their families. Therefore, they needed David to lead them in battle to reclaim their families.

I had decided years ago, that I would not allow my hurt to hurt anyone else! I mean, hasn’t there been enough hurt distributed already?  How will my hurt, heaped upon the shoulders of another do anything to help?   It simply adds more weight to the extreme load they are currently carrying.

Lessons to Learn About Providing Hope and Encouragement

Will you commit to focus more on “Being a Friend, than in Having a friend? It will become a life-changing decision for you. There are so many hurting hearts in this world.

Original article can be found at http://jimkilgoreministries.wordpress.com/2013/10/12/encouragement-everyone-needs-it/ 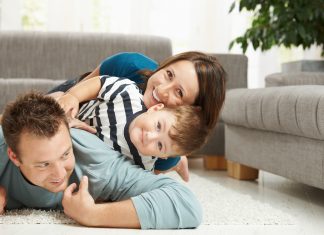