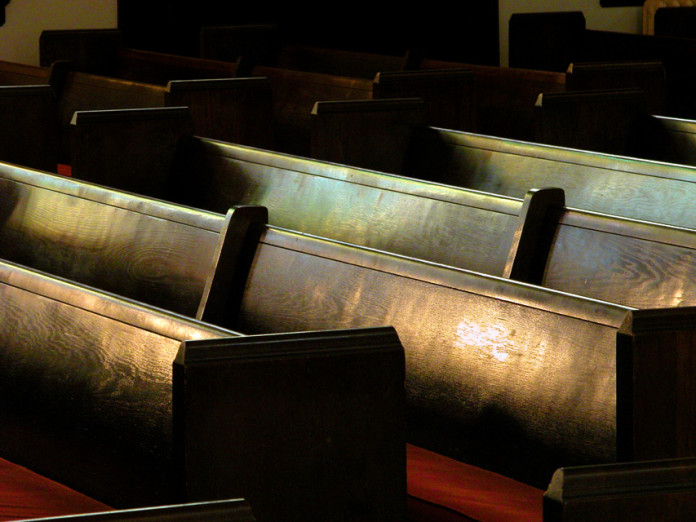 There seem to be many independent Baptists who have taken to excusing their smallness to being a remnant, but is it really true? We seem to think that we are small because we are more right, and if others would take a stand like we do they would be a remnant also. First, let us consider what it means to be a remnant.
A remnant is something that is left over from a larger portion. For example if you leave food on your plate that would be a remnant. If you are laying carpet in your home and you have left over pieces that would also be a remnant. So, whatever is left over from a larger group would be considered a remnant. After the flood, Noah and his family would have been considered a remnant. In Isaiah 10 those Israelites who turned back to God after the judgment against the king of Assyria were called a remnant. When Elijah was despairing that he was the only faithful one, God assured him that there was a remnant of 7,000 others who had not bowed their knees to Baal. In Matthew 7 we see that there will be a remnant who enter in at the straight gate. Certainly God always has a remnant of people who are truly his own.
The question is this. Is a particular group or a particular church a remnant? Is the reason a church is small because they are a remnant church? Is the fact that a movement is dying indicative of them being a remnant. I do not believe it is. God always wants his people to be reaching more and more people for him. Perhaps we are small because we are not doing all that God wants us to do. Will the remnant always be smaller than the whole? Yes, however smallness is not proof of a church or group being the remnant. Claiming to be the remnant is a sign of arrogance. To excuse a church’s lack of growth on being a remnant is to claim that we are more right than others.
Throughout history we find churches who were stronger in reaching the lost. They may have been apart of a minority, but they were not carrying around a ball and chain of calling themselves “the remnant.”
You are not part of the remnant because you have stricter standards than the bigger church across town. You are not a part of the remnant because you are more separated than other churches. You are not part of the remnant because you sing old fashioned hymns instead of modern choruses. Those things may be important, but all too often we use those as excuses for our ineffectiveness. Putting independent, fundamental, sin hating, old fashioned, premillennial, King James Bible Only, and Baptist on your sign does not make you the remnant. God does not read signs. He reads hearts.
Many churches are comfortable with what they believe and have lost their passion to grow. Their belief system has nothing to do with their numbers. The theology they practice is an indigenous decision. They may be categorized as a minority, but certainly would not be classified as a remnant.
The Southern Baptist Convention, has over 40,000 churches. In their last convention report it was discovered that 50% of their churches did not baptize one convert the year before. There are between 18,000 to 20,000 independent Baptist churches in America. They have no headquarters, so there is no annual statistical reporting. However, I would be surprised if the percentages were not similar among independent Baptists. Yet we attack the Southern Baptist Convention and then hide behind the excuse that we are the “remnant.”
Liberalism exists in the Southern Baptist Convention, however, it also exists among independent Baptists. There are some who remain faithful in both groups. The issues of the cooperative program, the King James Bible, and the liberal faculties of some Southern Baptist colleges separate us from them, however there are some in the Southern Baptist Convention who remain faithful. To claim superiority over them is to exhibit pride. To call ourselves the remnant because we are not Southern Baptist borders on arrogance. Do not misunderstand, I have no intention of becoming a Southern Baptist, but quite frankly I am not always certain I want to be identified with the excuse ridden independent baptists of our day.
We walk around with our labels on our sleeves while a world is going to hell. We, like Elijah, wallow in our smallness while excusing it on being “the remnant.” Well, God cleared that up with Elijah. Not only was he not the only one, there were 7,000 others who were as faithful as he and Elijah did not know it. They must have been from a different group than Elijah. Well, my independent Baptist friend, we too must stop wallowing in our “woe is me, I am the remnant” mentality and start building aggressive soul winning churches again.
Who is the remnant? I think we would all be surprised if we knew. The remnant is made up of individual blood bought believers from all around the world. Some will wear the labels with which we would not agree but they have not placed their faith in those labels but on the true Gospel of Christ. Are some in our churches? Absolutely, but we must remember that our job is to reach more people, not to wallow in our remnant mentality. Brethren, let us stop with the excuses and get busy with the mandate of reaching our cities with the Gospel of Christ.

Original article can be found at http://www.bobgraysr.com/2014/10/are-we-remnant.html