4 Ways To Fight Fear In Your Life 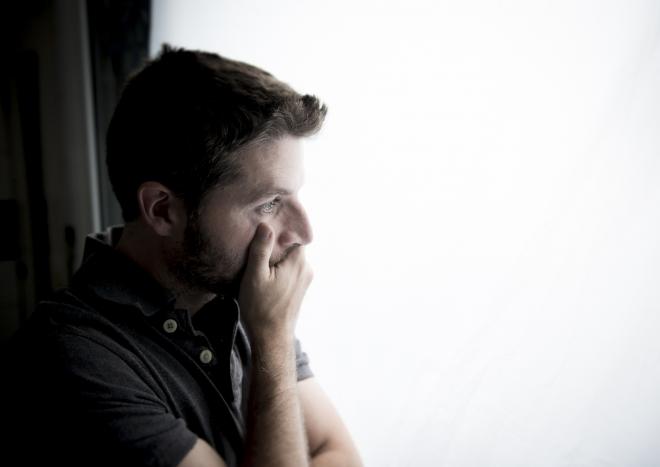 The combination of the Word of God coming alive and the sovereign moving of the Holy Spirit in us never ceases to amaze me, and I don’t ever want to take it for advantage. It is how we both learn and thereby grow in the Lord.

So, what was it that I noticed for the first time after having read hundreds of times?

It was the fact that when Paul writes in the opening verses of his second letter to Timothy while expressing his deep desire to see his son in the faith, he remembers Timothy tears. Verse 4 of chapter 1 says, “ Greatly desiring to see thee, being mindful of thy tears…”

Did you get that? Paul remembers Timothy’s tears. When I read that, I was immediately struck by wave after wave of intriguing questions.

Parenthetically, let me say that there is nothing wrong with tears, especially from a believer’s standpoint. Tears are expressive of the reality of our emotions. They are a natural occurrence that, contrary to the opinion of the macho tears-are-for-sissies crowd, can show the reality of our emotional state as well as our comfort and openness with friends and family. Take note, also that we shed tears for a multitude of reasons.

Is it possible that Timothy’s tears were a direct product of this latter emotion? Well, what do we know about him? We know that he was the product of a believing Israelite mother and an unbelieving Grecian father. He lived in Lystra, and at some point joined Paul’s ministerial team. He was one of the most trusted and faithful of the team and greatly beloved by Paul, who often referred to him as a son in the faith. These things are certain and most often mentioned in a sketch of Timothy’s life. However, what we don’t always consider in Timothy’s personality profile is that throughout his life he battled fear.

Fear of the future? Fear of the unknown? Fear of persecution? Fear of falling? Fear of being alone? All valid possibilities, given the circumstances of his life.

Chronologically, we see the first hint of this battle in 1 Cor. 16:10 where Paul warns the church, “Now if Timotheus come, see that he may be with you without fear: for he worketh the work of the Lord, as I also do.” He seems to appeal to the elders at Corinth that they might be on alert for any behavior which would reveal Timothy’s fear. Yet, he also asks them to help ward off this powerful emotional trigger in his “son’s” life.

“Take care of him, please. He tends to get scared.”

The second time that we see evidence of the giant that this young pastor struggled against is just after Paul mentions his tears. Remember, Paul says that he really wants to come and visit Timothy in part because of his tears (v. 4), and almost immediately after we have one of the most oft-quoted verses from this second letter to Timothy: “For God hath not given us the spirit of fear; but of power, and of love, and of a sound mind.” (v. 7).

Are you with me? First, we have tears. Then, we have the reminder that fear never comes from God.

Now, what we don’t know is what made Timothy’s knees knock. We don’t know what kept him awake at night or made him prematurely gray (if he was, that is). Again, the usual suspects…the future, persecution, failure.

Yet, it doesn’t really matter what he feared. If we read God’s Word and trust it to be both inerrant and effective to guide us through this emotional minefield of life, we can rest in the fact that the answers to all are questions are right at our finger tips.

No, not Google. Infinitely much better.

So, how do we fight fear?

I know that when I am filled with anxiety about there being too many ends to physically make meet in any given month…I know that that anxiety does not come from God. I understand that anxiety is definitely NOT God-given. Rather, it is a manifestation of my own weakness. It is a direct product of the enemy. Plain and simple. God never wants me to be afraid. Take it to the bank. He doesn’t want you to be afraid, just as much as He doesn’t want me to be afraid. Fear is not found in the midst of God’s will. Search if you wish, you won’t find it. (No, I’m not talking about respect or a fear of God.) Fear is missing from God’s will for your life, and so is anxiety, worry, apprehension, doubt, unrest, as well as any other synonym for fear. It’s not there.

Fight fear with knowledge. If I am fearful, it did not come from God. Period.

Fight fear with power because that does come from God. I can do all things through Christ which strengtheneth me. “So that we may boldly say, The Lord is my helper, and I will not fear what man shall do unto me.” (Heb. 13:6). My God wants me to know that he is all-mighty. You know all the key verses.

Say it with me. “…greater is he that is in you than he that is in the world.” (1 John 4:4) If Jesus said that all power was given to him in heaven and earth, and he did say that, then the power to defeat fear is found in Jesus.

Next, we should fight fear with love.

I know, it sounds weird, but it is true and it is effective. A weapon in our arsenal against fear is love. Look again at 2 Tim. 1:7. “For God hath not given us the spirit of fear; but of power, and of love, and of a sound mind.” Maybe you’re thinking…besides it just being in a list next the word fear, how do I really know that God intends for me to fight against that feeling of anxiety with love? Well, again, we trust the Bible to guide us.

It makes sense that if we are fighting against something that isn’t God-given, we should use something that God has given us, right? Things like power, AND love. That, plus I have 1 John 4:18 to pull out of my back pocket. “There is no fear in love; but perfect love casteth out fear: because fear hath torment. He that feareth is not made perfect in love.”

God gave all of us the ability to reason, and He expects us to use that ability to the fullest. We should be able to discern what really is or isn’t a danger to us and exactly how to avoid it. Too many times we run around worrying about the least little issue when it will have absolutely no impact on our lives at all.

The worry itself is much greater and more powerful than the thing worried about. Are you uneasy about starting new job or school? Please, think for just a minute about whether or not it is rational to be uneasy and then focus your thoughts on things that are much more profitable.

Don’t be filled with care. Fight it with your mind.

I thought about asking you about what you fear, but it really doesn’t matter. Just like it didn’t matter with Timothy, it doesn’t matter today. The focus shouldn’t be on something that God hasn’t given us. Instead, it should be on what He has given us…a spirit of power, and of love, and of a sound mind.

The Greatest Text In The Bible: Do You Know It?

Why The Fire Just Won’t Go Out

I Will Go Anywhere