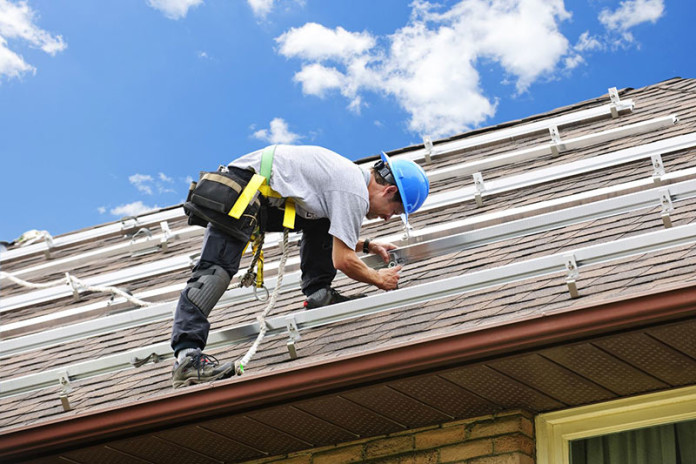 “And he went out from thence, and came into his own country; and his disciples follow him.  And when the sabbath day was come , he began to teach in the synagogue: and many hearing him were astonished , saying , From whence hath this man these things? and what wisdom is this which is given unto him, that even such mighty works are wrought by his hands?  Is not this the carpenter, the son of Mary , the brother of James, and Joses, and of Juda, and Simon? and are not his sisters here with us? And they were offended at him.” Mark 6:1-3

The Bible says in Mark 6 that in his hometown, when he  began to teach and preach, the people that had known him knew him as ‘the carpenter’.  The obvious implication from that is that Jesus was, after all, a carpenter, and that he had done it  long enough or often enough that his reputation was that he was ‘the carpenter’.  The old joke is that people get into the ministry because they don’t want to plow, but Jesus  didn’t have that problem. He was  separate from sinners and undefiled, but not too good to work.  I  don’t claim to be  privy to  all that is involved in being a carpenter  during those times, but I’m assuming that it  manual labor like it is now.  Despite being the express image of God, Jesus Christ wasn’t too good to plane his own boards and drive his own nails.  He could  produce  food  supernaturally, but that he wasn’t ashamed to labor and sweat and get tired.  This makes perfect sense when you consider that when  you first see God in the bible, he’s working.   It makes perfect sense since, before the Fall, he told Adam to work. God is a working, labouring God. Not only is work  not a curse, but working apparently  doesn’t degrade you as a minister.  It wasn’t beneath the dignity of Jesus Christ to be  ‘bi-vocational’.

I went to a preachers fellowship once and at the beginning of the meeting they asked all of the preachers to stand up. I stood up.  They went around the room and  all of us introduced ourselves and told what church we were from.  Afterwards somebody approached me and asked me where I ministered at.  I  told them that I was a street preacher and gave them the name of my church. They  said “Uh yeah, that standing up  and introducing thing? That was for real preachers. You know,  pastors, evangelists, full time guys. I’m sure you understand.”  I checked my impulse to  wallop the guy and assured him that I did understand and that I wouldn’t make that  mistake again.  We certainly get some strange ideas about the ministry sometimes.

I know what the Bible says about how you shouldn’t “muzzle  the ox that treads out the corn” and how “they  which preach the gospel should live of the gospel” and I’ve heard the same pompousness and scorn that you  probably have  against  bi-vocational minsters . I’ve heard them called ‘part-time preachers’.  There is absolutely no scriptural backing for such an attitude. After all, Jesus Christ apparently drove a nail or two in his day.  When presented with this fact,  some will l say that Jesus only worked a secular job until he began his ministry, then he , of course, went full-time. Presumably he had ‘arrived’ like them and was now a ‘real preacher’.  Let’s look at the Apostle Paul then.

In Acts 18, we see in the life of Paul that “After these things Paul departed from Athens, and came to Corinth;  And found a certain Jew named Aquila, born in Pontus, lately come from Italy, with his wife Priscilla; (because that Claudius had commanded all Jews to depart from Rome:) and came unto them.  And because he was of the same craft, he abode with them, and wrought : for by their occupation they were tentmakers.  And he reasoned in the synagogue every sabbath, and persuaded the Jews and the Greeks.” He was of the “same craft” and  “wrought”.  Nine chapters or so after being ‘called to preach’, Paul was still making tents to make ends meet and pay for his living expenses and his ministry.  Being a working  man didn’t keep him from preaching, and it didn’t make him any less of a preacher.

Do not let the brethren or the devil ( who appear to be in league with each other some times) beat you up  if you get up every morning and go to work to pay your bills and feed your family, as if somehow you are entangled with the world or a second-class minister.  If you  take care of the things in life you are commanded to take care of (1 Tim 5:8) and  preach when the  opportunity presents itself, you have done what the Bible commands and you have nothing to be ashamed of.   If your ministry supports you, you should thank God that you  are allowed to  do the work of the ministry full time.  You also ought to really do it full-time, by the way.

Your life  is made possible because somebody else  gets up and goes to work and takes part of what they earn and gives it to you. Your opportunity costs them something.  Act like it. They do that so that you can labour, not so you can sleep in and go play golf with your preacher buddies.  You ought to work at least as hard as anybody that contributes to your ministry, because the truth is, you owe them.  But if it  doesn’t work out that way, and you  still go to work every day, you haven’t done anything wrong.

I have a friend named Jack who lives in Wisconsin.  Jack and his wife  are  public ministers, and they have never  managed to  garner any significant financial support.  Every year, Jack works a job in Wisconsin and he and his  wife live very frugally until they save up 10 or 12 thousand dollars. He then quits his job and they travel around the country preaching until the money runs out.  When the money runs out they start all over.  Jack’s perspective is that the Bible does not say ‘Go ye into all the world and somebody else will foot the bill’.  Along the same lines,I am a fully-funded evangelist.  I  acheive my fully-funded-ness by   getting  up and going to work.  I pay my bills, I feed my kids, I support other ministries financially, and I take whatever is left over and I fund myself. I  work overtime to  buy gospel tracts, or to put gas in a vehicle to go minister. That’s not a burden, it’s an honor.

We have such a  warped perspective that if we go somewhere to minister and we don’t get an offering, we feel as if we have been wronged somehow  Nobody owes you anything for preaching or singing or praying or encouraging or edifying. What’s wrong with paying your own way? What’s wrong with putting gas in your car, and  giving your time, your gifts, your  energy to a bunch  of people , saved or lost from whom you will receive absolutely nothing  in return?  What’s wrong with being ‘bi-vocational’?

2 Corinthians 8 says “Moreover, brethren, we do you to wit of the grace of God bestowed on the churches of Macedonia;  How that in a great trial of affliction the abundance of their joy and their deep poverty abounded unto the riches of their liberality.  For to their power, I bear record , yea, and beyond their power they were willing of themselves;  Praying us with much intreaty that we would receive the gift, and take upon us the fellowship of the ministering to the saints. And this they did, not as we hoped , but first gave their own selves to the Lord, and unto us by the will of God.”

Great works of God are not only financed by  carpenters and tent makers and  people that work at Wal-Mart and people that fix air-conditioners, but great works of God are also performed by such people who feed their families and pay their bills and  pay other  people’s bills and  keep their cars running and  pray and weep and give and preach.  I have seen people fawn over the big-name evangelist, but let  me let you in on a little secret; he doesn’t exist. There is no such thing as a big-name preacher.  He is a big pile of damaged goods that God , in his mercy, allows to serve, and if both of you are obeying the Bible, neither of you is doing any more for God than the other.

You may look  at the guy with the big ministry in the spotlight and say to yourself that, by  comparison, God isn’t using you.  Says who?

I  recently preached a Sunday night  service and afterwards a young girl wanted to speak to me. She went on and on about what a help the message was ( which makes me very uncomfortable, but I haven’t figured out a way to politely make them stop) and she began to fawn a bit.  She acted like it was a big honor to  talk to me, but the truth is, she is more important than I am, and it was an honor for her to take her time to talk to me.  Let’s keep some perspective, shall we?

Forgiveness Is a Choice

The Main Reason for Separation