I realize that this might be stepping on some toes, but I am at a loss as to why, when we are called to separate from the world and worldly activities, why many fundamentalist pastors ignore the area of sports?  I am not talking about the playing of sports, the competition aspect of sports or even the sport itself, what I am talking about is rooting for or being a fan of a sports team, promoting that team and the atmosphere in which the sporting event is conducted.

I have heard presented, that the NFL must be of the devil as the majority of its contests are conducted on Sunday and by default, college football is the better alternative.  This being said, most fundamentalist pastors preach vehemently against public institutions of higher learning, but let them trot 11 young men onto a football field and they lose all sense.  We oppose their political departments, their English departments, their science departments, but football is OK.  Why?  Their stadiums are full of people the Bible would describe as naked, the music is horrible, the players and coaches are often of suspect character and the amount of alcohol consumed in celebration of the game, before, during and after, would float the ark.

Professional sports are no better.  Alcohol is the major sponsor of and served at most all the venues.  Behavior by the coaches and athletes is deplorable.  The music is filthy.  Debauchery abounds.

How about watching sports on TV?  I know people that do not have a television set in their homes, yet come game time, they will compromise their principle of not watching TV to view the home team.  I have heard said that this is a viable alternative to going to the stadium, but there still is the nakedness, the rock music, participants of questionable character and now, add to it alcohol advertising and the commercials promoting all the filthy programs that we hold a conviction against watching.

Go to just about any fundamentalist pastor’s blog or church website and you can find pictures taken with the youth group at a game and photos of family members posing in the dress of the local team (college or pro) supporting that team.  What are we teaching our young people and new converts by this?  What are you promoting when you wear the logos and colors of your favorite team?

I am not trying to take the holier than thou attitude with this, but I feel that separation should include sports and if you fail to do so, but continue to preach separation, then you are being hypocritical.  I am being genuine in looking for an answer to this.  What am I missing?

Suppose, I chose to separate from everything but rock music, for certain I would be the topic of next Sunday night’s sermon!

Why We Still Use The King James Bible 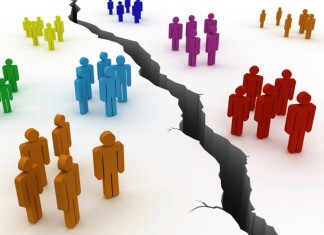 3 Signs That You Are A Lifestyle Complainer