Where There Is No Vision The People Perish 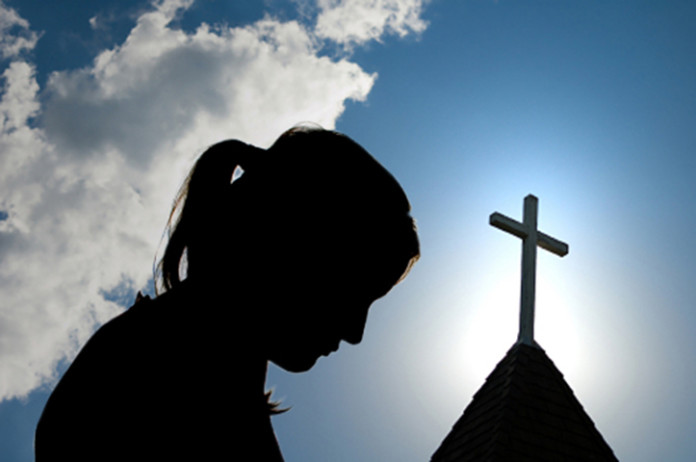 We Need to Have a Vision of Lost Souls. There has never been an hour in the history of the church when the people of God needed to have a vision of lost souls like it is needed today. If you listen to the conversation of Christians and the preaching of preachers you will no doubt to come to the conclusion that even fundamental, Bible believing churches do not have a vision of souls that are lost.

The vision that God gave to Paul is one of the most dramatic in the Bible. Acts 16:9, says,”And a vision appeared to Paul in the night; There stood a man of Macedonia , and prayed him, saying, Come over into Macedonia , and help us.” As a result of this vision people were saved, families were baptized, cities were stirred, earthquakes took place, prayers were answered, jails were destroyed and the work of God prospered. We need to see what Paul saw that night. God brought a man to stand before Paul who said, “Come, help us.” We need to hear the cry of the lost souls of this world, who are still crying after two thousand years, “Come, help us.”

We need a vision like Livingstone had when he went to the continent of Africa. In that day some had never seen the face of a white man. They said, “We never knew we were black because we never had seen a man who was white until David Livingstone came.” All the years of his fruitful life, he walked among them. He braved the rigors of that land, the diseases that racked his body, the fever that almost killed him. He loved them to God until thousands were saved. They found him dead in the little pup tent, kneeling at his cot, praying, “O God, give me Africa !

What is that judgment all about? It is not to determine whether you are saved. If you are God’s child, it will never come into question whether you are a Christian or not. God will not deal with you as a sinner; He will deal with you as a son. At the judgment seat of Christ, God will deal with His children. That is why Paul says in Romans 14:12, “So then every one of us shall give account of himself to God.” I wish the Holy Spirit would burn that indelibly into our hearts.

II Corinthians 5:10 says, “For we must all appear before the judgment seat of Christ,” but I think the verse before that has something important to say about it. Verse 9 says,”Wherefore we labour, that, whether presentor absent, we may be accepted of him.” Do you please the Lord? That will be the question at the judgment seat of Christ. I don’t think many people are thinking enough about the judgment seat when a man’s works shall be placed there, tried and examined. God’s Word says, “.saved; yet so as by fire.” The wood and the hay and the stubble will be burned up and only the real thing will stand the test of the judgment seat.

I heard an old-fashioned preacher say one time, “If we had more preaching of Hell from the pulpit, we would have less living like Hell in the pews.” I believe we need a revival of old-fashioned, red-hot Bible preaching on the horrors of Hell. It would make soul winners out of the people of God.

Once we were visiting in a little town called Puteoli in Italy, where Paul came in on his way into Rome. While we were there someone suggested that we should to go up into the mountains and visit some lava pools. We went into the mountains near a little Italian town to a place that was called “Little Sulphatara.” There hot boiling lava was coming out of the earth. Barricades were all around it and the guides kept cautioning people that it was 800 degrees Fahrenheit. If someone fell into that pool of molten lava they would be immediately destroyed.

As I stood watching this boiling lava coming from out of the bowels of the earth I thought of all the teaching of the Bible about hell, the home of the unsaved, separated from God, and eternally tormented. It is an undesirable subject, but it is a Bible subject. If you had loved ones who are lost and could see them burning in the fires of the infernal and eternal Hell, surely that would move your heart. Think of your neighbors, your family, lost without God and in Hell. Surely we need a vision of what it means for lost souls to go to Hell.

Why do we need this body of people that is made up of born-again people, whose purpose is to take the Gospel to the ends of the earth? The Word of God answers that in Acts 20:28:”.feed the church of God, which he hath purchased with his own blood.” In the church of God you are fed spiritual food. You cannot get spiritual food anywhere else. You say, “Well, I can stay home and read my Bible.” Yes, but Jesus said that where two or three are gathered together, He is in the midst of them. The Word of God speaks of them who speak often one with another. God says a book of remembrances is made of those who meet together and speak in His name. The Word of God says, “Not forsaking the assembling of ourselves together” (Hebrews 10:25 ).

There is no such thing as a Christian not needing the church of our Lord Jesus Christ. It is where you are fed; it is where you have fellowship; it is where you grow; it is the base of your operation of service for the Lord.  In Acts 2:41 the Bible says, “Then they that gladly received his word were baptized: and the same day there were added unto them about three thousand souls.” When people got saved in the Bible they joined the church. I have always felt that there is something wrong with a Christian who will not join a Bible believing church.

A wonderful experience took place at the Transfiguration when upon that little mountain Jesus took Peter, James and John. While on that mountain two men from Heaven came, Moses and Elias. There was Jesus and five men on that Mount of Transfiguration. Simon Peter got so enthused that he began speaking without thinking. He said, “Let us make here three tabernacles; one for thee, and one for Moses, and one for Elias.” God wasn’t pleased with that. After a while when the clouds went back and these two men went back to Heaven we read, “When they had lifted up their eyes, they saw no man, save Jesus only” (Matthew 17:8).

The Lord wants us to have a vision of God’s dear Son. I see that picture of Him in the Bible. I thank God that I see that picture of Jesus in genuinely saved people. I know people who love the Lord so much and walk so close to Him that when I see them, I think of Jesus. I see Christ in people who really love the Lord. Hebrews 2:9 says, “But we see Jesus.” We need a vision of the Lord. We need to see Him and love Him and serve Him with all our hearts.

“Where there is no vision, the people perish: but he that keepeth the law, happy is he. “—Proverbs 29:18.

Does The Bible Condone Civil Disobedience?