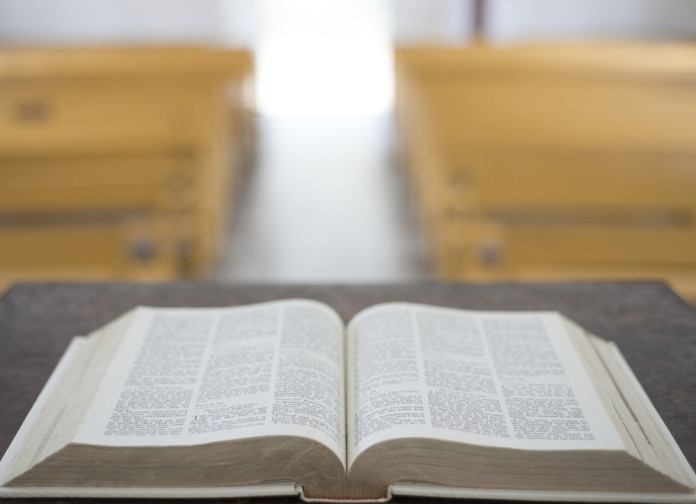 Legalism is following of a code of conduct that is good for everybody, but does not recognize individual differences or preferences. It seems to me, the chief reason people are against obeying a strict code of morality or ethics (God’s law) is because it seems to stifle individualism. Its beginnings come from an early “Montanist” named Tertullian (160-220), whom the Catholic church now claims as one of their “fathers.” He believed that human nature was so corrupt it needed an impersonal system of rigid control in order for the individual to be brought under control. He didn’t consider that the love of God would constrain sin, 2 Corinthians 5:14.

Notice the following comparisons between obedience and legalism.

Legalism is when the law (commandments) of God is grievous.

Obedience is when the law (commandments) of God is not grievous. I John 5:3.

The law is obeyed in order to get something: salvation, a “feeling” of eternal life, God’s approval, rewards, etc.

There is nothing to be gained by obeying the law; everything necessary for time and eternity has already been done by Jesus Christ, our Saviour and Lord.

The laws of God are obeyed in the body in order to bring the spirit and soul under subjection.

The laws of God are obeyed in the spirit in order to bring the body under subjection.

Fitting into the group is seen to be predominate. The individual’s seeking God’s will for their lives is secondary to the will of the group.

The individual is acknowledged over the group because each person must come to the point of personally acknowledging God’s Lordship.

The law is necessary for Christian living. How do we know what God expects of us if we don’t find it in the Bible? Doesn’t the Bible say: “sin is the transgression of the law,” I John 3:4?

The type of legalism introduced by Tertullian proved an effective instrument in creating a powerful and totalitarian military and economic machine in the state of Ch’in, a dynasty of China. By 221 bc, the Ch’in dynasty had succeeded in conquering several feudal states and had established the first imperial dynasty of China, a unified, centrally administered empire characterized by strict laws, harsh punishment, rigid thought control (for example, the burning of all non legalist books in 213 bc), government control of the economy, and enormous public works projects, such as the Great Wall, accomplished with forced labor and at great cost in human life.

Biblical Dress- Is There More To The Issue?

Why is What I Call Following The Bible, You Call Legalism?