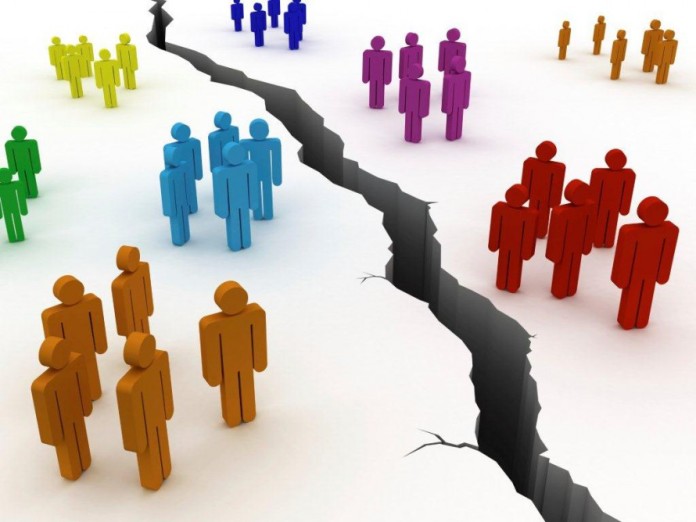 Joshua 3:5, “And Joshua said unto the people, Sanctify yourselves: for to morrow the Lord will do wonders among you.”

I am worried! Years ago Satan tried to get fundamentalists and liberals together. These Sanballats and Tobiahs exhausted themselves in an effort to unite Bible-believing Christians with those who were infidels. Thank God, they failed. Soon Satan sent a mediator to pull us together. This mediator was simply a hypocritical liberalism hiding behind fundamentalist terminology. He said he believed in the Bible, but not word for word. He believed in a hell without fire and in sin without enumeration. He spoke against liquor but not for total abstinence. He had a Heaven without golden streets and a salvation without regeneration. He was called a neo-orthodox. Soon the fundamentalist stripped him of his facade and showed him for what he really was.

Finally we rejected his proposal only to find that there is another girl in the block. It is hard to tell whether she is loving us to right or seducing us to wrong. She is very attractive, but I worry about the look in her eye. In as much as I want to like her, I feel very suspicious about her.

Now who is this temptress? It is fundamental preachers becoming involved with outsiders in secular endeavors, and I am afraid that this contact with the liberal crowd will make us like them, for believe me, they ARE likable, and this new girl in the block just may accomplish what liberalism, neo-orthodoxy and new evangelicalism could not accomplish.

All of us have one thing in common. We long to see our nation and its freedom preserved for our children and grandchildren. Because of this we find occasion to rejoice. We can rejoice at the growth of our fundamental churches. We can rejoice at the inevitable results of this growth such as Christian schools for our children and Christian colleges for our youth and rejoice because of the men whom God has given us to appear at courts of justice on our behalf, and we can even rejoice at the political clout that has followed our new miraculous growth. It may be, however, that we have become so excited that we can mistakenly feel that we are ushering in the kingdom. We may be tempted to rush out and buy a lion and lamb to lie down together. We may bore a hole in the cockatrice den. It may be possible that we have forgotten the real reason that God spares societies; that is, in a miraculous response to the sanctification of His people. We seem to have forgotten that God was not looking for ten saved people in Sodom; He was looking for ten righteous people in Sodom. We face a peculiar kind of Christianity where a professed, born-again quarterback gives an interview to Playboy Magazine and implies that Jesus would do the same thing if He were here.

A famous singer who is a professing Christian appears at nightclubs, and at giant rallies he testifies concerning his love for Jesus. A publisher of a pornographic magazine says he has been born again yet continues to publish his illicit material. A famous evangelist says that he is not sure if Hell has fire. All of a sudden we old-timers cannot believe it!

The children of Israel were in the wilderness. They had no house of God, they had no law, they had just left Egypt. God’s command is for them to sanctify themselves. Exodus 19:10, “And the Lord said unto Moses, Go unto the people, and sanctify them to day and to morrow, and let them wash their clothes.”

These same Israelites came to a place where they had no flesh to eat and pleaded with God to provide flesh for them, but first they must sanctify themselves. Numbers 11:18, “And say thou unto the people, Sanctify yourselves against to morrow, and ye shall eat flesh: for ye have wept in the ears of the Lord, saying, Who shall give us flesh to eat? for it was well with us in Egypt: therefore the Lord will give you flesh, and ye shall eat.”

Now they stand before the Jordan River. It is time to cross the Jordan and enter into the land of promise. God will give them the victory, but first they must sanctify themselves. Joshua 3:5, “And Joshua said unto the people, Sanctify yourselves: for tomorrow the Lord will do wonders among you.”

After they entered the Promised Land, the Israelites lost the battle at Ai. Now they come to Ai for the second time. Before God will give them the victory, they must first sanctify themselves. Joshua 7:13, “Up, sanctify the people, and say, Sanctify yourselves against to morrow: for thus saith the Lord God of Israel, There is an accursed thing in the midst of thee, O Israel: thou canst not stand before thine enemies, until ye take away the accursed thing from among you.”

The ark of the covenant is gone from Israel. God wants them to have it returned, but first they must sanctify themselves. I Chronicles 15:12, “And said unto them, Ye are the chief of the fathers of the Levites: sanctify yourselves, both ye and your brethren, that ye may bring up the ark of the Lord God of Israel unto the place that I have prepared for it.”

Under King Ahaz there has been terrible apostasy! God raises up the good king, Hezekiah, and revival is about to come, but before revival comes, the people must be sanctified. II Chronicles 29:5, “And said unto them, Hear me, ye Levites, sanctify now yourselves, and sanctify the house of the Lord God of your fathers, and carry forth the filthiness out of the holy place.”

Then there comes even a worse apostasy under Manasseh and Amon. God raises up a young king named Josiah through whom comes a great revival, but first there must come the sanctifying of the people of God. II Chronicles 35:6, “So kill the passover, and sanctify yourselves, and prepare your brethren, that they may do according to the word of the Lord by the hand of Moses.”

When the temple was dedicated God wanted the people sanctified before the dedication. II Chronicles 7:14, “If My people, which are called by My name, shall humble themselves, and pray, and seek My face, and turn from their wicked ways; then will I hear from heaven, and will forgive their sin, and will heal their land.”

America needs a miracle ! Though voting is important, this country will not be spared the judgment of God at the ballot box. We need a Red Sea to part or some walls around Jericho to fall or the sun to stand still or a pillar of cloud to lead us or the fire to fall. If America is saved, she will be saved because of direct intervention from God Almighty in response to a sanctified people. The troubles in our nation are not caused mainly by the homosexuals, though it is a godless crowd. The troubles in America are not mainly caused by the liquor traffic, though it is a disgrace to our nation. The troubles in America are not caused basically by the dope traffic, though it is a horrible Satanic menace. Nations are spared when the remnant is sanctified. God looks for ten righteous people in Sodom. He looks for a covenant of salt. He looks for Gideon’s three hundred who are set apart wholly to God. God will intervene and spare this nation when His people are sanctified; when Christian ladies turn off the soap operas; when Christian young people forsake their rock music; when Christian ladies learn to dress modestly; when a liberal is a liberal again and a fundamentalist is a fundamentalist again; when right is right, wrong is wrong, black is black and white is white again; when God’s men are prophets again; when we again hear sermons on judgment, Hell, drinking, dancing and gambling; when fundamentalists sing like fundamentalists, talk like fundamentalists and dress like fundamentalists again; and when we get back to our sawdust-trail, mourner’s-bench Christianity which preaches holy living from the pulpit and practices it in the pulpit and the pew! Let us fight abortion. Let us fight the liquor traffic. Let us fight communism. Let us fight the dirty television shows.

Let us fight indecent dress. Let us fight homosexuality. Yet, we must face the issue squarely-the salvation of any nation is caused by God’s intervention in response to the sanctification of His people in that nation.

A Time For Parenting