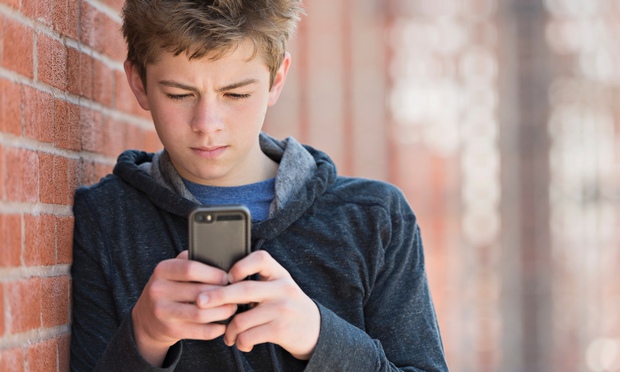 When Jessica was in junior kindergarten, she liked to wear her little girl jewelry to school–bracelets and necklaces. One day she came home from school and said with a perplexed look on her face, “Mom, Suzanna said that if I don’t give her my bracelet, she won’t be my friend.”

I said, “Jessica, you’re not allowed to give Suzanna your bracelet. Dad and I bought that for you.”

“If she is really your friend, then she will still be your friend even if you don’t give her your bracelet. Real friends don’t ask for their friends things and then get mad when they won’t give the things to them,” I told her. She seemed to understand, and I thought we had the problem solved.

A few days later, Jessica was really frustrated after school. “Suzanna told me that if I don’t give her my cookies from lunch, she won’t be my friend.”

I realized that I needed to do more than talk to Jessica about this situation, otherwise she was going to keep having a problem. Obviously I couldn’t be there with her at school and stand up to the 5 year-old girl who was bullying her; I had to teach her how to stand up for herself.

I said, “Jessica, I am going to be Suzanna, and you are going to be you. We are going to sit here at our kitchen table and pretend that we are having lunch together. Now this is what I want you to say, when I ask you for something. Say, “No.'”
Jessica looked at me and said, “But, mom, then she won’t be my friend!”

“That’s okay, Jessica, because if she stops being your friend, then she wasn’t your friend in the first place. In fact, I’m going to pretend to say to you, ‘If you don’t give me your cookie, then I won’t be your friend,’ and you’re going to say, ‘Then your not my friend.'”
Oh boy, this was really tough for such a nice girl to do, but we sat there and practiced.

Me: Jessica, I really like those kind of cookies that you have. Can I have one?
Jessica: No. (She giggled as she played her role)
Me: If you don’t give me that cookie, I won’t be your friend.
Jessica: (She struggled to get the words firmly out of her mouth) Then…you’re not…my…friend.

My husband and I taught all of our kids to be kind to others, to make many friends, and to be friendly to everyone, but they all also had to be taught to live by principle. They had to be taught that there are character issues that they should develop, and while we wanted them to be nice, more importantly they also had to be strong, moral, and ethical.

The word “nice” is a very non-descript word that can pretty much mean whatever someone wants it to mean. When I taught English, and I was trying to teach the students to use good descriptive words, I would often use the word “nice” as an example of a weak word. People say:

Have a nice day!
You look nice.
You’re a nice person.
This is a nice meal.

What do people really mean when they use the word nice? If a young man asks a girl to go to a banquet with him, and she spends hours getting ready, and he responds by saying, “You look nice,” she may be a little let down! In fact, she might get downright aggravated!
Niceness is a good quality if by nice, we mean kind, good, or pleasant, but the word “nice” can have a weak quality to it. The word nice does not carry the meaning of strength and courage with it.

Did you know that the word “nice” is not found in the Bible one time? The Bible does give many qualities that a Christian should strive for like being good, gentle, meek, kind, temperate, etc. These qualities tell us how our behavior should be toward others, but the Bible is also full of examples of the strength of character a Christian must have. Several times throughout the Old Testament, God calls on the Israelites to “be strong and of good courage.” Living as a Christian in a secular world, we need to hear the voice of God telling us to “be strong and of good courage!” We need to teach our children to be strong and courageous so that others don’t mistake their “niceness” for weakness.

Even children who are growing up in Christian homes need the training from their parents that will teach them to be strong, courageous Christians amongst their Christian peers. Peer pressure in the church and the Christian school is alive and well. The Bible teaches principles from which we as parents can become more specific with our children, and our children need for us to be specific! What are some things that need to be taught to our kids?:

Kids need to be taught to say “NO” to sin– alcohol, drugs, pornography, dirty texting, sending nude and semi-nude pictures of themselves or receiving pictures like that from others.

Kids need to be taught exactly what sexual behavior is so that they are not deceived into believing that what us older folks call “necking and petting” is biblically unacceptable and is fornication. An example we gave our kids that drives this point home is that if they were married and found out that their husband or wife was kissing (or any other sexual behavior) someone else, would they consider that behavior to be sexual? If it’s wrong to practice that behavior while married, then it’s wrong before you are married.

Girls and guys alike need to be taught what being “forward” means. When James was in junior high school, a girl was giving him notes and shouting “I love James Whitehouse” on a bus full of girls and some moms. When we found out about the girl’s behavior, I was obviously concerned that this girl was being overly forward. James was no longer allowed to accept her notes, and soon she took the hint and backed off. When James was in college, a young lady was dating a young man. They were known as a couple on campus, yet this college girl would send James text messages. I remember when that girl broke up with her boyfriend and someone suggested that James date her. I thought it was a good idea too until James said, “I would never date her! I couldn’t trust her knowing how she would text me about classes and homework and such. She could have gone to any of the other girls in class. She just sent wrong signals.” Girls and guys are both very forward these days, and really don’t have any type of dating ethics or standards. There are such great books that can help in these areas, but parents really need to have heart to heart conversations about what behavior is acceptable and what behavior is not acceptable between the opposite sex.Kids need to be taught how to stand up for their friends and those who are “different.” Bullying is unacceptable in any walk of like, but if we don’t teach kids when they are young to appreciate people who are “different,” they will resort to the sinful behavior of bullying.

The Golden Rule NEEDS to be taught to our kids: Matthew 7:12 Therefore all things whatsoever ye would that men should do to you, do ye even so to them: Kids need to be taught that they should treat others like they want to be treated. For some reason, many kids and adults alike have a hard time putting themselves into another person’s shoes. They never develop empathy for others, so they develop a callousness of the soul that causes them to treat people in unethical and immoral ways. Many times throughout a child’s life, he should be asked, “Would you like to be treated that way?”

Kids need to be taught not to cheat, not to steal, and they need to be taught to be responsible with money. They need to be given different scenarios so that they learn how to be ethical and responsible in society. We have often talked with our kids about what we would do if we found a wallet with money. Our kids know that the right thing to do is to take the wallet to the police department and turn it in. What should they do if they find a $20 bill by the side of the road? After looking around and making sure that the money doesn’t belong to someone within sight, they then become $20 dollars richer!

There are so many more things to be taught that young people need to know and learn. Parents need to watch for every opportunity to teach their kids to be strong, moral, ethical, and courageous Christians who are anything but weak in their everyday Christian living!

Original article can be found at http://learninggodslessons.blogspot.com/2012/04/be-nice-but-dont-be-weak.html

Exposing Error: Is it Worthwhile?