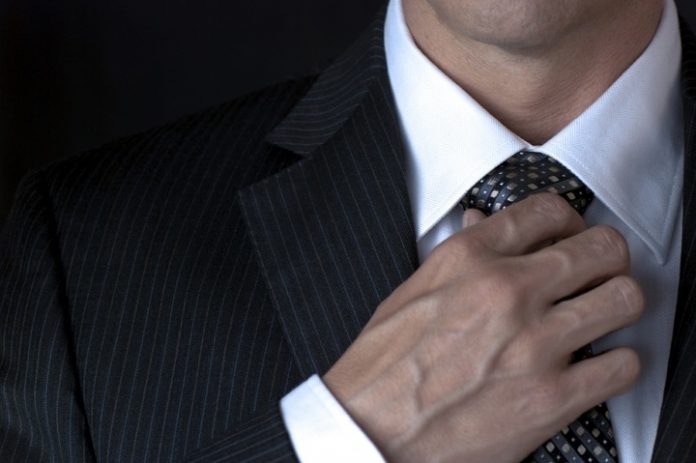 “For we do not preach ourselves, but Jesus Christ as Lord, and ourselves as your servants for Jesus’ sake!” 2 Corinthians 4:5

“Then the mother of Zebedee’s sons came to Jesus with her sons and, kneeling down, asked a favor of Him. “What is it you want?” he asked. She said, “Grant that one of these two sons of mine may sit at Your right and the other at your left in your kingdom.”
Jesus called them together and said, “You know that the rulers of the Gentiles lord it over them, and their high officials exercise authority over them. Not so with you! Instead, whoever wants to become great among you must be your servant, and whoever wants to be first must be your slave — just as the Son of Man did not come to be served, but to serve, and to give His life as a ransom for many.” Matthew 20:20-21, 25-28

Personal ambition is one of the greatest hindrances to the Christian life and especially to preaching — because it is born of SELF and nurtured by pride. It manifests itself in various ways: the desire to be a great preacher, to have the first place, to be a leader, or to secure places of honor or profit — veils itself under many disguises. It is christened with the surname “laudable” and comes into the church, then works its selfish, worldly schemes. A person may be a Christian by name and a church member, but if he is driven by personal ambition, he is an infidel at heart and worldly! The days of the prevalence of ambition in the church — have been days of supreme church worldliness and extreme apostasy.

There is much in a name, and the true and wise Christian will not allow this corrupter of the faith to enter, though clothed in a garb of innocent names. Christian faith has kindled and consecrated the flame of holy zeal, stimulating and giving ardor to effort. True zeal is a heavenly fire, the purity of which disdains all earthly adulterations. Zeal crucifies SELF — it fixes its eyes on both God and his glory. As Christ died for sin once, so the Christian by crucifixion dies to self and says, “Perish every fond ambition.” In every moment of his life, in every vision of his eye, in every impulse of his heart, and in every effort of his hand — the Christian is to be true to the fact of this self-renouncing commitment.

Personal ambition is the one thing that affected the power, peace, and piety of the apostles of the Lord. We see its effects noted in their envies and strife. A few instances are recorded, but how much-unrecorded jealousy and alienation was produced, we can only conjecture. We have the record of its existence and Christ’s rebuke in the early part of their career, and its violence breaks out under the shadow of the cross. The bitter thoughts of his death, are mixed with the strife of his disciples for a place and his solemn charge against the religious phase of worldly ambition. The washing of the disciples’ feet was the last act of personal training that Christ used as the remedy for ambition in his disciples.

Personal ambition destroys the foundation of Christian character, by making faith impossible. Faith roots itself in the soil where selfish and worldly growths have been destroyed. “How can you believe,” says Christ, “who receive honor one of another, and seek not the honor that comes from God only?” (John 5:44). In this statement is shown the impossibility of blending faith with the desire to receive honor from men.

The entrance of this alluring element of human honor draws the heart from the honor that comes from God and sweeps away the foundations of faith. When the eye seeks things other than God, when the heart desires things other than God — this is personal ambition. No man can serve these two masters; no man can combine the ends of SELF — and of God. He may think he can; he may seem to do so, but no one can perform this spiritual impossibility.

Personal ambition enthrones pride, and that is the throne on which Satan sits! Humility is destroyed by personal ambition. The history of the church attests to the fact that humility has no place in the man who is ambitious. Humility is not a virtue of those who have sought to be put in the calendar of earthly saints. No ambition is so proud of a religious ambition, and none less scrupulous! No church can be more thoroughly apostate, than the church whose leaders have come into their places through the way of ambition. No ambition is so destructive, as that which comes in under the guise of religion! Personal ambition is worldly, though it may be disguised under the name of Christianity. It easily deludes its possessor, under the plea of a wider field of influence and usefulness.

If personal ambition can be religious and can preach, then it must do so without love, for love and ambition can no more unite than can light and darkness; they are as essentially at war, as Christ and Belial. “Love seeks not her own,” while ambition is ever seeking its own, and not infrequently it seeks with all its heart, that which is another’s. Love in honor prefers one another, but ambition never does.

If Jesus Christ is to be our model preacher, if our attachment to him rises to anything above a selfish sentiment — then the mind that was in him must be in us. He was without the taint of ambition. We have this attitude of Christ to ambition set before us: “Have this mind among yourselves, which was Christ Jesus, who, though he was in the form of God, did not count equality with God a thing to be grasped, but emptied himself, taking the form of a servant, being born in the likeness of men. And being found in human form, he humbled himself and became obedient unto death, even death on a cross.” Philippians 2:5-8

The whole history and character of Christ are in direct antagonism to personal ambition.

If Paul is to serve as an example for preachers, it is at the point of freedom from all forms of personal ambition, that his example is the most emphatic. He puts the whole inventory of ecclesiastical and earthly goods in one catalog — and renounces them all in this strong language: “But whatever was to my profit I now consider loss for the sake of Christ. What is more, I consider everything a loss compared to the surpassing greatness of knowing Christ Jesus my Lord, for whose sake I have lost all things. I consider them rubbish, that I may gain Christ!” Philippians 3:7-8. And as though this were not enough, he takes us to the cross, where every earthly thing perished in pain, shame, and utter bankruptcy, and declares; “I am crucified with Christ!”

Many things often are often allowed to come into our faith and our ministry to defame them, but nothing is more deadly to us than personal ambition. It has in its bad embrace — the seeds of all evil. It has insincerity and hypocrisy. It is a tyrant! Of all the evils that grieve God’s Spirit and quench his flame — ambition may be reckoned among the chief, if not the very chief. The fact that ecclesiastical pride and church worldliness will allow ambition to be christened at church altars and have the stamp of innocence and of virtue — ought to be alarming!

Is the desire for ecclesiastical advancement, ambition? If not, what is it? We may say it is a laudable ambition! Can a qualifying word change the evil nature of this dark and fallen angel? Does an angelic garb make Satan into a holy angel? We may say we want a more honorable place — to do more honorable and larger service for Christ. Is not this Satan clothing himself as an angel of light? The honor of service for God, depends only on the spirit in which it is done, and that spirit is one in which self, pride and ambition are crucified! SELF in us, looks to the future to personal greatness and honor. Christ in us, looks to the present to fidelity and zeal for the work at hand, and has no eye for self and future.

Can the preacher preach without faith? If he preaches with personal ambition, he is preaching without faith, for in Christ’s service faith and ambition cannot co-exist.

Can the preacher preach without love? If he preaches with personal ambition, he is preaching without love, for ambition and love have neither union nor concord.

Can a preacher preach without consecration? If he preaches with personal ambition he must, for ambition is a thing to be crucified and not consecrated. Ambition must be daily crucified — because it never can be consecrated.

Personal ambition changes the whole nature of ministry and floods it with worldliness. Instead of the ministry being an institution where the highest Christian graces are to be produced and the loftiest virtues exhibited — personal ambition transforms it into a ministry where SELF is the mainspring, and every grace is blighted!

What Is The Greatest Secret To Being Rich?

The Curse of Liquor