There are many wonderful Bible colleges.  I fully recognize that many of the things I am going to say will not apply to some of them.  For this, I am glad.  As I have dealt with young preachers, I have been concerned.  There is a hesitancy on the part of many of them to actually get involved in the work of God.  They seem, as a whole, to desire far more training than my generation did and then, to endeavor to do less once they have receive the extra training.  I hope the following thoughts will be helpful to all of us who invest our lives in helping others prepare to serve God.

We train their head and not their heart.  There are young preachers who can explain the difference between sub, supra- and infra-lapsarianism, but have no burden for souls.  There are those who can tell you in detail why they believe in the pre-millennial return of Christ but seem to have no interest in the wayward teenagers in their own neighborhood.  There are those who can tell you with great authority exactly how God expects a marriage to be conducted but find it burdensome to invest in helping a troubled young couple actually improve their marriage.  There must be a heart for God and His people before anything will be accomplished in His work.
We teach them procedures without principles.  There are some places, who in an effort to be practical, have given list after list of “how to do it” while failing to teach the principles behind the procedures.  The procedures can be helpful, but the principles are vital.  I am reminded of the young bride who insisted, for the first 10 years of her marriage, that the ends of a roast had to be cut off before it could be properly cooked.  Her husband often questioned her about this, but she insisted that this was the right way to do it because it was the way her mother had always done it.  One day, she became curious herself as to the reason and asked, “Mom, why do we cut the ends of the roast off?”  Her mother said, “Well, the only reason I did it was because my pan was too small.”
We teach them to analyze instead of to appreciate.  Young preachers become critics.  They know what’s wrong with everybody’s sermon, everybody’s philosophy, and everybody’s church.  Some of this may occur naturally, but I am convinced a significant portion of it is due to the fact that they are taught by critical teachers (many of whom could never do half as much in the local church as the people whom they criticize.)
I preached a while back, at a particular Christian college and later learned that the students studying for the ministry were given the responsibility of critiquing every chapel speaker.  They were to analyze his introduction to his message, his exposition of Scripture, and his use of illustrations.  Some eleven or twelve items were on the list.  I could not believe it.  I honestly think that had I known this was the case, I would have either refused to preach or told the young people to put their lists away and pay attention to the sermon.  Chapel is not – or at least should not be – for analysis.  Chapel is not a time to critique.  Chapel is a time to let the Word of God speak to your heart.  Whoever the idiot is who thought it was helpful for young preachers to sit around and criticize men of God who came in to speak to them needs to have both his head and his heart examined.
We teach them to obey rules without teaching them to reason.  Some of us have done a good job of teaching our young people how to dress and how to behave and what music to listen to.  Unfortunately, we have never taught them why we dress a certain way, and why we listen to a certain kind of music.  All of our standards should be based on principles from the Word of God.  Young people must know the Bible.  If they know the Bible, they can apply it to any life situation.  If they only know the rules, they will one day find themselves unable to answer the questions of others as to why their rules exist and may in their own hearts, turn away from good standards because they do not know the reasons behind them.
We teach them academics without teaching them application.  How many young preachers have a good understanding of Bible doctrine but do not know how to pray?  How many of them can tell you all about the life of Christ but do not know how to win a life to Christ?  How many have a wonderful theory of discipleship but have never discipled anyone?
At the end of the Sermon on the Mount, the Lord Jesus tells the story of two men who built their houses.  The one whose house was built on the sand experienced disaster.  The other, who built his house on the rock, withstood the storms of life.  Please note that the difference between the two houses was not in their knowledge.  The house on the sand was an example of the man who “heareth these sayings of mine [Christ’s] and doeth them not.”  The house on the rock was an example of the man who “heareth these sayings of mine, and doeth them.”  The difference was not in the knowledge.  It was in the application of knowledge.  Unapplied knowledge is useless.
by R.B. Ouellette
Original article can be found at http://rbouellette.com.2fbc.com/?p=15
Share249
Tweet16 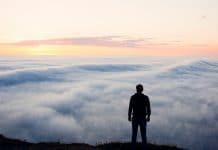 How to Rise Above the Drama and Live for God 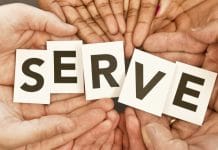 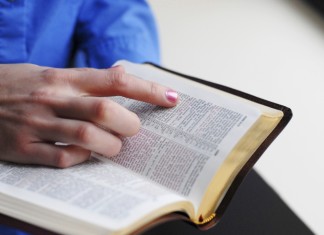 Yesterday, our family took a day trip to eastern Oklahoma. In Beaver’s Bend State Park, we came across a beautiful creek tumbling down from the mountain, with white water rapids and little waterfalls.