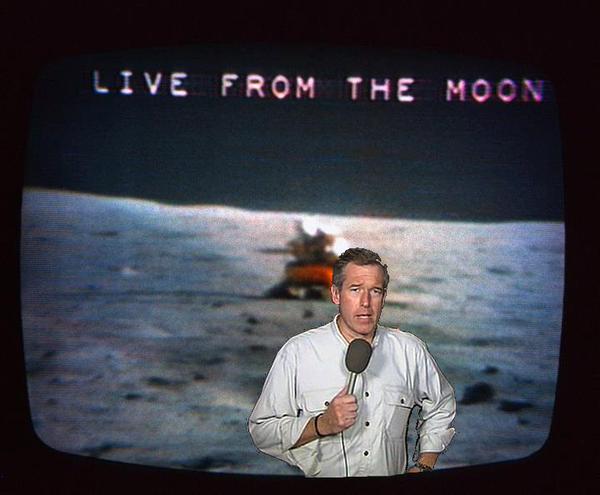 Most of us have been captivated by the story of the NBC news anchor Brian Williams in recent days. As you probably have heard by now Mr. Williams has been heavily criticized and placed on a six month unpaid leave of absence. He was placed on unpaid leave for telling a story that supposedly took place in Afghanistan, which placed himself in a situation that has been proven to be untrue. Most people know the story so I will not rehash it here, however there are some lessons that I feel are important for us to learn from this situation.

The first lesson is one every pastor needs to consider. Inherent to our preaching there is the danger of exaggeration or embellishment  There is probably not one of us who at sometime has not embellished a story, even if only slightly. However, when a man stands in the pulpit it is imperative that he tell the story accurately and truthfully. If every pastor in America had his stories scrutinized, I fear that many would be found guilty of doing exactly what Brian Williams did.

Before a pastor preaches he should relive the stories he plans to tell to make certain that all of the facts are exactly as they took place. Sometimes we begin to tell a story and before we know it we have added something to it that wasn’t true. It may not have necessarily changed the truth of the story, but it did change its accuracy. Even when sharing a answer to prayer, we can embellish the story to make it more dramatic, often bringing more attention to our prayer power than to the goodness of God. Preacher, tell the truth, the whole truth and nothing but the truth as you recount stories in your sermons.

One of the interesting things about this story is that it reveals the danger of our celebrity culture. Mr. Williams, though a liberal, is a heralded news reporter who, through many years of hard work rose to the ranks of a network anchorman. Somewhere along the way Mr. Williams went from being a reporter to a celebrity. In our society we love to turn those who we admire into something of a celebrity which often creates two dangers.

First, we celebrate their acheivement to a status of hero and then celebrate their fall when they let us down. We expect them to live up to a standard we do not expect of ourselves, and criticize them for the very same sins we are guilty of ourselves. In a world where people lie, it seems ironic that Mr. Williams is being castigated for being a liar by those who turned him into a celebrity.

I am not justifying his wrongdoing, but I am amazed at how easily we go from lifting a man up to tearing him down. We should celebrate the achievements of man without “celebritizing” the man. We can admire them without putting them on a pedestal from which they are more likely to fall. It concerns me how we criticize celebrities for being worshipped when we were the ones who put them on the pedestal in the first place. Stop being so star struck Christian. As Dr. Hyles used to quote, “I put my pants on one leg at a time just like every other man.”

The second danger to this celebrity mindset is that it can easily cause the person being celebrated to become more of a celebrity than a servant. Mr. Williams became enamored by his celebrity status, even canceling a commitment to host an event honoring veterans to appear on the David Letterman Show.

There was a day when such Late Night Shows were reserved mostly for those in the entertainment industry. Now even presidential candidates find it necessary to appear on these shows and be applauded by a secular audience. Lets face it, we have gone from a nation of servants to a nation of celebrities. Preachers are not immune to this danger. I preached with Dr. Hyles many times and I watched him as people celebrated him for the way God blessed his ministry, but I also saw him fight to stay humble and remain the servant he had always been. He worked hard not to allow the affection of people to change who he was in his own mind and before God.

There is a part of me that sympathizes with Brian Williams. Even though he is a liberal, the vicious attacks on him are not just. He has made mistakes, for which there are consequences, but he is also a man with a family who are having to watch him being laughed at, ridiculed and condemned. There is certainly a price Mr. Williams must pay for his mistakes, but he still should be treated with decency, not ridicule. May God give us wisdom in this age in which we live to “walk circumspectly, not as fools, but as wise.”

Original article can be found at http://www.bobgraysr.com/2015/02/brian-williams-lessons-for-all-of-us.html

We’re Commanded To Pray, So Let’s Get Started

Not Alone: Encouragement for the Lonely Times