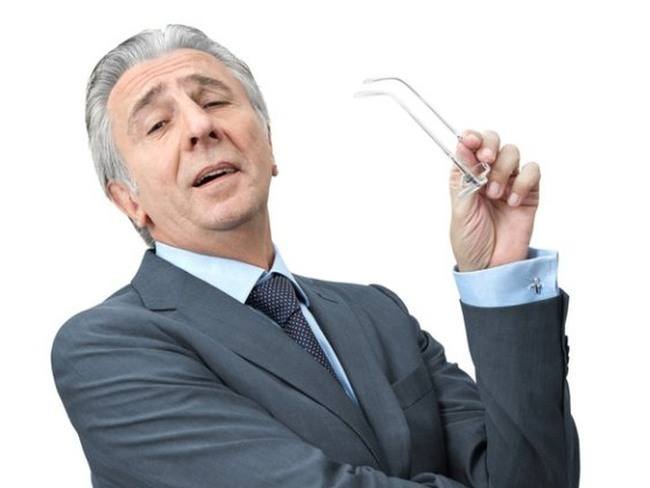 Legalism is salvation by faith plus works! It is salvation plus baptism, plus church membership, plus keeping the law, plus communion, plus confession.

WHAT IS NOT LEGALISM

Legalism is not a godly mother who insists that her daughter dress modestly. Legalism is not parents enrolling their children in a Christian school that believes as they do about separation from the world. Legalism is not a dedicated aged godly dad who takes his son to the barbershop instead of a beauty shop every two weeks.

Legalism is not the careful godly educator who forbids his students to dance or listen to bad music. Legalism is not the man of God who cries aloud against mixed swimming, in essence, mixed nudity, against vampire lipstick promoting drugs, and young males with their Billy Idol bleached porky pine spiked chili bowl hair do!

Right has not changed and wrong has not changed just because you enter into a different century. Black is still black and white is still white. Good is still good and bad is still bad. Legalism is not the faithful man of God who cries aloud against sin.

Was Paul a legalist in I Timothy chapter 3 when he said the pastor should be sober, or the husband of one wife, or not greedy of filthy lucre? Was Titus a legalist if he obeyed the Apostle Paul in Titus chapter 2 when he told the aged men to be sober, grave, temperate, sound, loving, patient and the aged women to be holy and temperate? Was he a legalist when the told the young ladies to be discreet, chaste, keepers at home, obedient to their husband, and the young men to be sober and of sound speech?

MOST OF THE SCRIPTURES ARE ABOUT HOW CHRISTIANS OUGHT TO LIVE

Most of the Scriptures are about rules on how Christians ought to live! I challenge you to take Genesis and try to show unsaved people how to be saved or redeemed form going to hell. Now you will find types of salvation but you will have a tough time finding the plan of salvation in Genesis.

You will find how to live in Genesis and rules in Exodus, standards in Leviticus, Deuteronomy, Samuel, Kings, Chronicles, Ezra, and in Nehemiah. The truth is if you do not believe in standards and rules you will have to neglect most of the Scriptures.

THE BATTLE HAS SHIFTED FROM FORMALISM TO INFORMALISM

As a result in our day, we find ourselves not fighting the vehicle of formalism; as Dr. John Rice boldly put at the top of his SWORD OF THE LORD paper in a banner. We find ourselves fighting INFORMALISM. The pendulum has swung to another extreme with the same cry against the rest of us who hold our feet to the fire on being separatist and are being called “legalist.”

It takes more than facial hair to make a man. Your flowery shirts and glass pulpits are not impressing the Holy Spirit at all. Your “worship teams” disguised as a singing group are not fooling anyone. , especially the Holy Spirit of God. Your colored lights to get the atmosphere you want is insulting to the Holy Spirit. When you decided to secretly follow Rick Warren you had to embrace the tactic of calling the rest of us “legalists.” You are substituting convenience for conviction.

WHY THEN HAVE STANDARDS OR RULES?

Those rules are bricks in a mighty wall that has been built by our founding fathers so that we might have a place of freedom in this world of slavery. Rules and standards have never enslaved for the truth is they liberate for all that enslaves has been placed outside the wall.

We know cigarettes enslave so we put nicotine warnings on the outside of the packages so why shouldn’t God’s people put them outside the wall. The same is true of marijuana, liquor, and dope.

Elvis Presley was free he thought and yet ended his life at the young age of 42 enslaved to dope. The same is true of Jimmy Hendricks, Janis Joplin, and hundreds of other rock stars. The youth director who breaks down those walls loves himself more than he does his youth The truth is he loves their love and not them.

The preacher who breaks down those walls loves you not for he loves your love. The principal who breaks down those walls loves his students not for he loves their love. The preacher, the youth director, and the principle that love will build up the wall of standards and rules to keep the ones they love from that which will enslave them.

The Psalmist said he would walk in liberty because he of keeping God’s commandments and not because he breaks them. God has built for his people a wall where he can protect his people. This gives freedom to his people from those enemies outside of that wall who would enslave God’s people.

FREEDOM IS NOT DETACHMENT

When you go to servitude that is a higher servitude from a lower servitude you are free. It is not leaving a purpose but arriving at a greater service that is true freedom. Jesus pleaded, “Come unto me all ye that labor and are heavy laden. I will give you rest…” However, he did not stop there for he continued, “… take my yoke upon you and learn of me for my yoke is easy and my burden is light.”

He is saying come unto me and I will free you, not to be detached, but so you can be attached! That is why the Scriptures speak of  “the law of liberty.”

God is saying to the government, parents, schools, colleges, and churches free the young people by building walls of standards and rules around them so they will be safe from the captors outside of the walls. That is why our educational system in the USA is so low in world rankings.

King David said, “I’ll be free to court Bathsheba.” He went outside the wall that he thought enslaved him and found slavery was outside the wall. He ultimately discovered he was really free on the inside of the wall.

Samson said, “I’ll be free! If I want Delilah’s head in my lap, or if I want to live in sin with Delilah I’ll be free to do so!” He later found out he was really free on the inside. While on the outside of those walls the put out his eyes. They bound him to the mill. Blind and bound while grinding around and around and around on that giant grinding wheel!

I do not hear him saying how much he loves this freedom now! Samson, you are a slave!

WHAT IN THE WORLD IS WRONG WITH SOME OF OUR LEADERS?

Leaders must take this seriously and quit massaging their egos by being like Aaron and allowing the people to do what they want to do and start speaking for God to man. Leaders must quit bringing God down to man and start bringing man up to God. We are made in his image! God is not made in our image! We conform to him not he to us!

Leaders, please let us keep the people free with walls of standards, rules, and protection so that the enemy from without will not capture those whom God loves and we love!

I thank God every day for an old-fashioned wall building Mama, teachers, and preachers! Thank God for wall building schools, colleges, churches, Bible Conferences, and leaders who stand firm inside the walls. This is not legalism but rather it is liberty!

We need the walls to remain strong so that our young people can stay innocent and remain fearful of an enemy that lurks on the outside of the walls of protection where there is the bondage of compromise. Give me liberty inside of the walls.

The rules must be consistent between the pulpit, parent, and peer pressures. If all three are going in the same direction and provide the same consistency the odds are in favor of the follower being allowed to make right decisions! Liberty or legalism?

Go With Different People When Soulwinning

An Old Time Sermon for Our Times “Synthetic Religion”