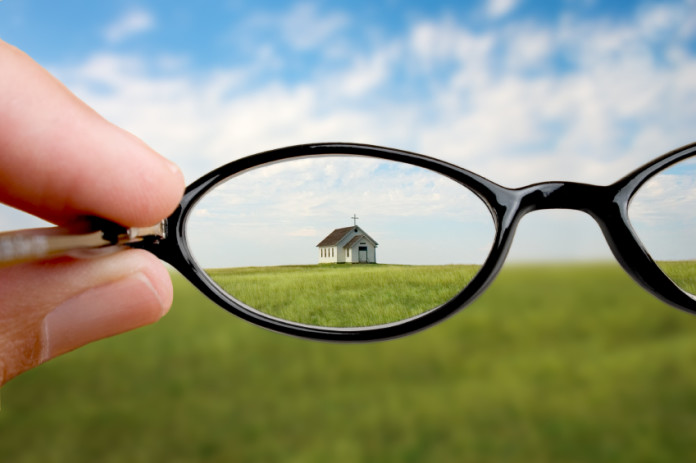 Occasionally I will hear someone speak despairingly about high expectations that are sometimes placed upon people who fill positions of leadership.   They may allude to their lives as leaders as “living in a fishbowl,” due to the amount of observation and scrutiny that are pointed their way.  More often than not, those who talk about “fishbowl living” do so in a negative connotation.  As a matter of fact, I don’t know that I’ve ever heard anyone say, “I love living in a fishbowl!”

For the past 30 years my wife and I have lived in the proverbial fishbowl.  Although the people of our church have always been gracious in allowing us to have lives away from the ministry, there are those times when you realize that, no matter where you go or what you do, someone is watching.  After reviewing the past thirty years in my mind, I have come to the conclusion that I love fishbowl living!

I WAS PURCHASED AND PLACED HERE BY MY OWNER

I remember when my children were small, on a few occasions, we tried the fishbowl thing.  We meandered through Wal-Mart until we found the tanks where the fish were contained and we allowed our kids to choose a fish to take home.  We then made our way to the register where we paid for those fish before taking them home to die!

In much the same way, I was chosen, purchased and placed in my fishbowl by my owner.  My God bought me with the blood of His Son, and He placed me exactly where He wanted me to be.  That’s exciting!

I AM DELIBERATELY CARED FOR BY MY OWNER

Each day our children would take food to the fishbowl and sprinkle a few flakes on the surface of the water.  They would enjoy watching the fish swim to the surface to receive what had been placed there just for them.  Here in my fishbowl, it has been awesome to watch my owner care for me.  I don’t need to fret; He has a scheduled feeding plan.  Although my schedule doesn’t always align with His, I have found that He has never been late nor has He ever been early.  His provision has always been right on time!

I AM CREATED TO LIVE IN MY FISHBOWL

Those small goldfish had been created to survive in the water of the fishbowl.  There have probably been children who have tried to place their hamster in with their fish, but I can assure you that it has never worked out very well.  The hamster wasn’t created for the fishbowl.  I too, was created for fishbowl living.  I have what it takes because God created me for that purpose.  Like Jeremiah of old, while still in my mother’s womb, the Father knew where I would live and what I would do and He completely equipped me to live in my specific environment.  Others would die trying to live here, but I happen to find it quite comfortable and only by God’s perfect design.

MY PURPOSE IN LIFE IS TO BRING JOY TO OTHERS

Until they died, my children loved observing the fish in the fishbowl.  As I think about it that was the only thing those fish were good for.  They spent their entire existence behind the glass, bringing joy to others.

In much the same way, that is the purpose of my life.  My life is not to be lived for me but for others.  I have no real agenda.  I have no lofty goals.  Just knowing that someone may be blessed by my existence makes my life a very fulfilling one.  I love it when someone says, “That message really helped me today,” or “Thanks for taking time to give me good advice.”  However, what I enjoy most is when my Owner lets me know that my life is pleasing to Him.  THAT is the reason for my existence!

I’m afraid we spend far too much time fretting over those who watch us, worrying that our entire lives are a spectacle, feeling that everything we do is scrutinized or wondering what life would be like on the other side of the glass.  For those who’ve been purchased and placed in positions of leadership by your Owner, realize that the greatest place you could ever live is in that fishbowl!

Original article can be found at http://rickfinley.wordpress.com/2013/09/24/fishbowl-living-2/

Music Is A Powerful Tool: Use It Wisely

Why We Need To Have A Longer Consistent Prayer Life

We live in a time of no Peace

Best Way Get The Job Done