Are You Looking To God Or Washington For The Answers? 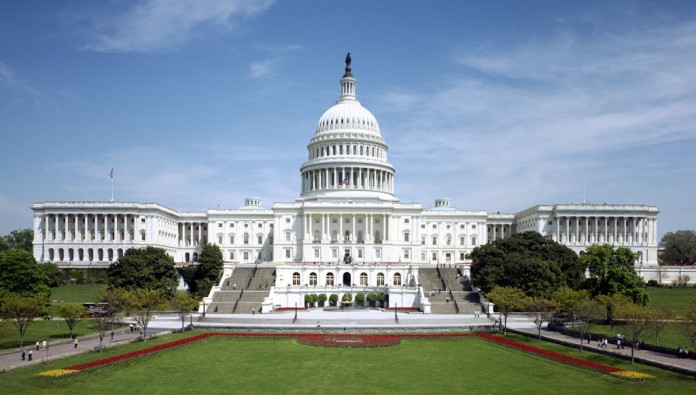 Sometimes by merely expressing something that I believe to be true I set off a firestorm that takes me by surprise. Such was the case when I recently issued a warning to the brethren regarding putting our faith in politics as our hope for saving this nation. I truly believe that some of these attackers are predisposed to find fault in most anything I say, but there are some who truly do not understand my position. For that reason let me try to explain my thoughts again.
1. I have very little confidence in what Washington can do to preserve let alone save this nation. Matthew 6:33 exhorts God’s people to “…seek ye first the kingdom of God…” and that has been my marching orders from day one.  I believe God will care for the rest in His time.  Our elected officials are a reflection of us as a nation. I have seen politicians come and go and most have very little lasting effect, after all, they are politicians. Their campaign rhetoric of promises rarely come to pass because most are in the business of being re-elected.
I do believe in the admonition of Romans chapter 13 to honor them. I have NEVER failed to make personal contact with our representatives to make sure of their salvation and to encourage them to do what is Biblically correct. As a church we always honored them publicly from our auditorium platform. I use my pulpit, printed page, telephone and media outlets to let it be known what this Baptist preacher believes is best for our state and country from God’s perspective and not man’s perspective. However, the majority of my time is spent reaching the common man on a daily basis with the gospel. The Scriptures clearly state concerning our Lord, “…the common man heard him gladly.”
2. Revival among God’s people always has more long lasting affect than does a political revival. II Chronicles 7:14 is a reminder by God to His people to focus on their relationship with God more than their relationship with politicians. The healing of the land, the answer to prayers, and the forgiveness of sin is found in the ability of God’s people to humble themselves before an almighty God.  When that occurs God will intervene and respond to His people. The lack of focus on God’s house in favor of the White house is a glaring mistake made by many throughout our history as a nation.
3. Same play just different actors and I have seen this play before. The idea of the Moral Majority led many pastors and Christians away from the main thing. The largest churches in every state of the union at that time were independent Baptist churches, but after the Moral Majority influence it ceased to be so. In my opinion two things led us down the wrong path; first the coming together to influence politics through an organized group and second the Christian school movement. Both brought us under the tent with liberals who influenced us and diverted us from the main thing of winning souls, baptizing them, and maturing them within the walls of a local church.
4. Soul winning is always God’s preferred method for saving a nation. Jeremiah 5:1, God exhorted the preacher to go until he found one seeking truth. Revelation 3:20 is a verse we use in soul winning, and I am not opposed to that, but it is penned to a local church.  The emphasis is if one man will open the door Jesus will come in and sup with him and he with him.  All it takes is ONE to get God’s attention and that one is not primarily a politician, but the common man. If the salt has lost its savor what good is it. Abraham could not find one besides his family of nine to prevent the judgment of God.  It is the value of one which is the common denominator in Scripture that gets God’s attention. One sparrow, one hair, one who repents, etc.
We need more righteous people. It is funny how the people who attack me for my position on politics will ignore my emphasis on soul winning. That seems very strange to me. Instead of attacking a man who has a 40 plus years of a track record of emphasizing soul winning, you would think they would rejoice in it. Instead they jump down my throat for warning of the danger of overemphasizing politics.
The Moral Majority was not a political endeavor. It was a spiritual endeavor that brought together Mormons, Jehovah False Witnesses, Church of Christ, Moonies, etc., and like Balaam’s day brought a spiritual cancer that cost the next

5. Building great churches that can influence a community will do a greater good. Pastors should teach their people about getting involved in their duty to vote, but we must do even more to reach more people with the Gospel who will hopefully vote. The very thing that spared the Apostle Paul’s life was the fact he was a soul winner. The thing that will spare this nation is not found in Washington D. C., but on the highways and hedges of our cities. Our personal soul winning will get God’s attention. God will put the angels on rations to care for a soul winner. Acts 1:8 gives us the key with the word “both.”  However, it must begin in our Jerusalem. Dr. Lee Roberson would say over and over again, “The light that shines brightest at home will shine furthest from home.”
6. When I see something that concerns me I will issue a warning. A warning is not a condemnation. I am too old to let it slip by as if there is no down side to this. When my children would get close to the street I cried out a warning to be careful. A warning is not a condemnation. My goodness some of you are too sensitive to the wrong thing.
I have no personal agenda. I have no place I long to be, to preach, or a title I long to have. My life is over. I have not one jealous bone in my body. When others accuse me of something I always remember what Brother Hyles would say, “They can only accuse you of why you are doing something based on why they would do the same thing.” I am therefore your enemy because I tell you the truth? Maybe you just can’t spot the truth or worse yet handle the truth.
7. Reaching and influencing politicians is best done on a local level. Get to know them as I have tried to do through the years. If we want to win them to Christ let’s get to know them. Communicate with them on a human level and win their trust to us. Going to Washington D C is not going to be the most effective way to reach them. When you leave they will remember you like the last group that came through. Personal involvement is the key to getting into their world.
8. I rejoice in any successful effort for right, but that does not negate the need for a warning. If someone gets saved in Washington I will praise the Lord just as I will when someone gets saved in any other setting. If however I feel the setting poses a dangerous spiritual precedence, I will issue a warning then too. Every time I hear a report of someone trusting Christ at a Billy Graham Crusade I rejoice, but I also cringe because they have no solid spiritual place back home where they can be nurtured, grounded and grow spiritually.  If you don’t believe me call their hot line 24 times and see the various answers you get about how to be saved.  Evangelist Bob Jones Sr. was correct when he said, “Billy will gather fruit, but at the same time he will ruin the orchard.”
9. What kind of message are we sending to our people when we place too big an emphasis on Washington. I believe the ghetto child won out soul winning is just as important as winning the politician. Are our photo opts putting a seeming higher price on certain souls than on others? Just asking. Please don’t misunderstand me.  I know I sound like an old fuddy duddy, but honestly I have seen this before and I don’t want us to make the same mistakes again.  My wife would say often, “We will never make history until we learn from the mistakes of our own history.”

10. I’m not upset with anybody. I’m just an old man who trusted Christ 59 years ago, volunteered 43 years ago to serve full time our Lord.  I have no church, no board, no college, no denomination, no aspirations, etc., except a lifetime of investment in a cause that has cost me dearly and for which I would die.

I preached with the greats of yesteryear, had them preach for me and I preached for them. I rubbed shoulders with the greatest generation of servants we have ever known. I can almost see some of them looking over the precipice of Heaven’s portals wiping the tears away while voicing concern for some potential errors of judgment of young leaders of our day. Not wicked decisions-just not wise decisions. If I am wrong I would rather err on the side of caution.  God bless you as you seek wisdom to serve our Lord!
Share168
Tweet
SourceBob Gray Sr.
Share
Facebook
Twitter
Pinterest
WhatsApp
Previous article21 Ways To Learn From Great Men
Next article4 Things You Should Give Your Kids On Christmas

Why I Only Use The King James Bible

No Matter What Happens, Decide To Trust God

Are You Sometimes Jumping To Conclusions When Commenting Online?