14 Things You Should Be Praying About For Your Kids 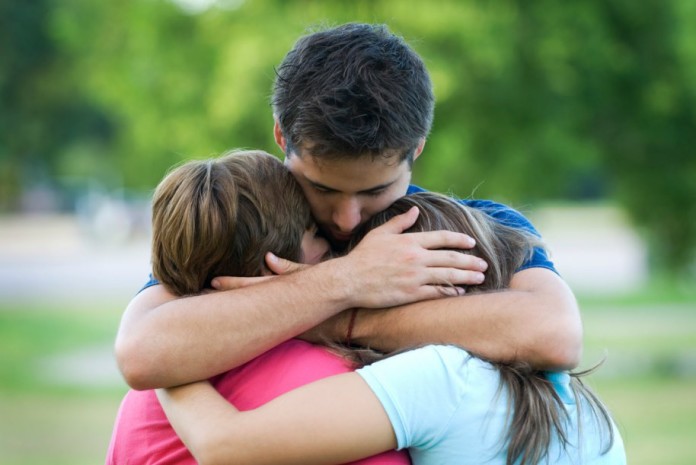 Job 1:1-5 There was a man in the land of Uz, whose name was Job; and that man was perfect and upright, and one that feared God, and eschewed evil. (2) And there were born unto him seven sons and three daughters…(4) And his sons went and feasted in their houses, every one his day; and sent and called for their three sisters to eat and to drink with them. (5) And it was so, when the days of their feasting were gone about, that Job sent and sanctified them, and rose up early in the morning, and offered burnt offerings according to the number of them all: for Job said, It may be that my sons have sinned, and cursed God in their hearts. Thus did Job continually.

We are familiar with the story of Job, and Satan’s complaint:

Job 1:9-10 Then Satan answered the LORD, and said, Doth Job fear God for nought? (10) Hast not thou made an hedge about him, and about his house, and about all that he hath on every side? thou hast blessed the work of his hands, and his substance is increased in the land.

There was a spiritual hedge around everything in Job’s life – including his family – that the devil could not breach. Hedges were often planted with thorn vines to create an ancient form of barbed wire fence to keep out predators and intruders. I believe that the hedge around Job’s family was made up of at least three elements:

His children were safe within this providential hedge, until God in His providence, and for His own purposes, allowed the devil within the fence.

Christian parents have a responsibility before God to put a hedge around the lives of their children. Click To TweetThis begins with our personal integrity (do as I do, and not just as I say) and our parental involvement (sanctify your children – train them up in the way they should go). But the often missing element is parental intercession.

I began praying for my children as soon as I learned that they were coming. Before I knew their gender, I was praying on their behalf. I know that my wife has also personally prayed for our children daily – but I do believe that there is power in a father’s prayer. The father is God’s deputy in the home. I consider the father to be the family’s executive vice president, with the Lord Jesus being the Head of the Christian home (see 1 Cor. 11:3). And I believe that as the father of four children, I have a divine responsibility to plant a hedge around their lives through integrity, involvement in their lives, and intercession on their behalf.

I pray with a prayer list and in that list I have a special section for my children. Without sharing any specific or individual requests for any particular child, these are the things that I have been praying for each of them together since before they were born (note: except for the first one they aren’t in any particular order of importance):

Too many parents wait to pray until their children are grown. In prayer meeting, they ask for prayer for their son in prison or their daughter who is off in the world. Why not begin praying for your children “while there is hope” (Prov. 19:18)? Perhaps my prayer list will help you make one of your own. It does not take long to mention these 14 items daily for your children.

Remember, however, that Job did more than pray. He also set an example in integrity and was involved in their lives.

Raise a spiritual hedge around your family.

You Need Preventative Maintenence in Your Marriage

THE PURPOSE OF THE NEW TESTAMENT LOCAL CHURCH

Do You Still Want Revival Or Are You Content?