I Samuel 17:27-29 – And the people answered him after this manner, saying, So shall it be done to the man that killeth him. And Eliab his eldest brother heard when he spake unto the men; and Eliab’s anger was kindled against David, and he said, Why camest thou down hither? and with whom hast thou left those few sheep in the wilderness? I know thy pride, and the naughtiness of thine heart; for thou art come down that thou mightest see the battle.

Jesse had eight sons, the oldest being Eliab and the youngest, David. Eliab was far more impressive a man than David. In fact, when Samuel saw Eliab he was convinced that he was the perfect choice to be anointed as King Saul’s successor. The Lord acknowledged the impressiveness of Eliab to Samuel. He said, …Look not on his countenance, or on the height of his stature;… (1 Samuel 16:7) Eliab was an impressive looking man, no doubt, in the style of King Saul. It would have made sense for a man who stood head and shoulders above the people to be replaced by a man who was at least close to that, if not equally as impressive.

However, Eliab was not the choice that God had made. After bypassing seven older brothers, the youngest son David was anointed to be the king. No doubt David was a remarkable-looking young man, and the Bible described him as such. Nevertheless, David was not skilled in the ways of war. His weapon of choice was not a sword, but a slingshot. He played a harp. His main duty was shepherding. When David went to the battlefield to bring food to his brothers, no one who saw him would have expected David to be a hero. Eliab perhaps seemed a probable hero to others, but certainly not David.

The relationship between David and Eliab is one worthy of study.

There is no doubt that David looked up to all of his brothers, but especially to his eldest brother. Perhaps when he decided to challenge Goliath he hoped that he would finally impress his big brother. He may have considered this task as a chance to make him proud. Regardless, Eliab showed nothing but disdain toward David. Long before we see the story of the prodigal son and his elder brother, we see the story of David and his older brother, Eliab. David was no prodigal, but Eliab certainly behaved as the “elder brother.”

Sometimes the people who judge us the most harshly are our own brothers who stand by while we are fighting the battle that they should be fighting. Many times they are more impressive than us and expected to be more successful.

When a “lesser” one comes along and gives his life to the cause, it rubs some the wrong way. Sadly, many Christians are hurt by the spirit of those similar Eliab who stand on the sidelines during the battle. Let me share eight qualities that are found in many elder brother Christians who stay on the sidelines while the least-likely one volunteers to fight for the cause.

And the people answered him after this manner, saying, So shall it be done to the man that killeth him. (verse 27)

While David was quite aware of the benefits that would come to him from the king, Eliab was totally oblivious to them. Perhaps Eliab was not truly loyal to his king as David was. His loyalty rested with his own welfare rather than with the king. When a king rewarded someone for bravery, it was not the reward that mattered most to the recipient but the favor of the king. David wanted to win the favor of Saul because he loved his king. Eliab was more concerned with his own safety than winning the favor of his king.

And Eliab his eldest brother heard when he spake unto the men;… (verse 28)

Eliab was bothered more by what David said than what the enemy, Goliath, was saying. It is interesting that those who stand on the sidelines pick apart their brothers’ words more than they do the words of the enemy. Perhaps it is jealousy that causes this. Whatever it was in this case, Eliab was more fixated on David’s words than on Goliath’s threats. Those on the sidelines get more indignant over our words than over what the enemy is saying. They judge their own far more harshly than they judge those who are fighting against the cause of Christ.

…and Eliab’s anger was kindled against David,… (verse 28)

Eliab got angry at David’s efforts. All David wanted to do was to defend his king, his country, his faith, and his God. Eliab got angry at David’s courage. When someone stands for Christ and offers himself for the cause, why would someone become angry at them? Their anger should be directed toward the enemy. People who stand on the sidelines are typically angrier at the person who is doing what they are not than they are at those who hate our Lord and His work.

Basically, what Eliab said was that David did not belong there. David did not get the right training from the right school. David did not wait his turn. David did not ask permission to defend His God. Whenever the person staying on the sidelines sees another who in his mind is not qualified enter the battle, that person typically questions the other’s right to take part.

“What gives you the right to pastor that church?”

“What gives you the right to be on that staff?”

“What gives you the right to preach in that conference?”

The question is not what gives them the right, but Who put them there. David knew that he had been anointed as the next king. He had every right to be there. He did not consider the battle to be his right but his responsibility. He was, after all, Saul’s armor bearer. He simply was doing what he felt was right for him to do while Eliab stood idly by.

…and with whom hast thou left those few sheep in the wilderness?… (verse 28)

Eliab emphasized the shepherd part of David as if to minimize his value. “You are just a shepherd, David. Who do you think you are?” A characteristic of those who stand on the sidelines during the battle is that they minimize the value of the one in the battle. Not only do they look down their noses at the people who are doing the work, but they also minimize who those people are and their value.

“They are JUST a bus worker.”

“They only pastor a country church.”

“They are just a Sunday school helper.”

“They don’t run very many in attendance.”

David was not the prideful one in this story. David was humbly willing to give his own life for the cause while Eliab, the most impressive of Jesse’s sons, stood by as Goliath breathed out threatenings. Those who choose to serve God are often accused of having pride while those who stand by and judge are the ones who have the real pride.

…and the naughtiness of thine heart;… (verse 28)

…for thou art come down that thou mightest see the battle. (verse 28)

David did not send himself to the battle. David was sent to the battle by Jesse. He belonged there. He was there because he was obedient and because he was humble enough to bring supplies and food to his brothers. He was there because God had ordained him to be there. People similar to Eliab who stand on the sidelines and do nothing have the uncanny ability to know the motive of those willing to enter the battle and of those also in the battle because God put them there.

David’s response to his brother was twofold. The first thing he said was, …What have I now done?… David was saying with exasperation, “What have I done now?” No doubt this was not the first time that Eliab had questioned David. This was not the first time that he had put him down. Perhaps David was treated the same way when he killed the lion and the bear while protecting the sheep. Maybe Eliab knew all along that David was the better man, so time after time David faced the scrutiny of a brother who, rather than applauding the efforts of his younger brother, found fault in them. Those who stand on the sidelines and criticize do not do it on occasion. It is their pattern. They are a constant thorn in the flesh to those who will do what they themselves are not willing to do.

David’s second response was, …Is there not a cause? He did not ask this question judgmentally, though it certainly was an indictment of Eliab. No, David asked this question honestly and sincerely. David would have gladly stepped aside to allow his older brother to fight Goliath. However, David was not going to let Eliab’s refusal to fight stop him from doing what had to be done. There was a cause bigger to David than the approval of his brother. There was a cause bigger than his brother’s opinion. This is a valuable lesson that we as Christians must learn.

When our brothers criticize and judge us for what we are trying to do for God, we must not allow their disapproval to stand in the way of us doing what we know we are supposed to do. We cannot let their disdain prevent us from having the courage to stand for the cause. Certainly David would have loved his brother’s approval, but his brother’s approval could not compare to the bigness of the cause before him.

Rather than worrying about one another, perhaps we should see the CAUSE for what it is! We must give our gifts and our talents to the cause instead of standing on the sidelines and criticizing lesser people for doing what they can. May the story of David and Eliab be a reminder to us all of the danger of Sideline Christianity. 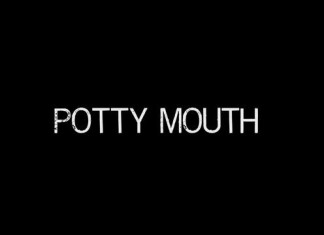 by Lev Humphries I am prompted to write on this subject by the front page article in the Daily News this week. I noticed in...

The Difference Made to One Bus Kid

You Do Have A Reason To Rejoice