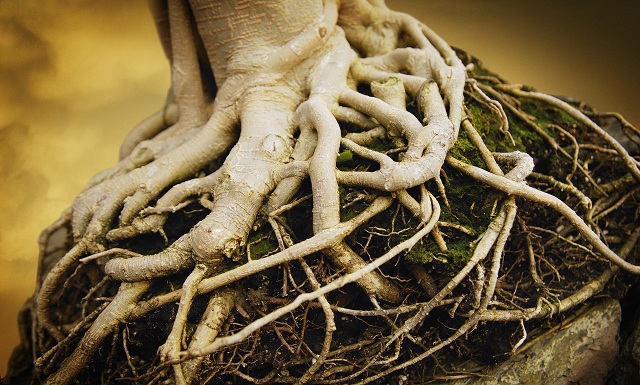 A lot of things can go wrong in the life of a sheep. It could wander away and become disoriented and lost; it could pick up a parasite and become sickly; it could be mauled by predators, get bitten by a snake, or in a hundred different ways be injured. Sometimes, a sheep would pick up a parasite, such as a tapeworm, which could sap its life energy, growing within the sheep while the sheep itself slowly died away.

Sheep could also be afflicted by heartworms which would certainly kill it in a horrible fashion. The grotesque image of such parasites or worms slowly growing inside a person’s system is an accurate description of one of the most crippling afflictions that can come into the life of a Christian – bitterness. Paul compared this condition to a bitter, evil root springing up and defiling many:

Naomi is a case study on the effects of bitterness in a person’s life. Her family leived in Bethlehem, until a famine came. When things got tough, they decided to take their sons and move to the forbidden land of Moab. They went to “sojourn” – just for a short stay – but apparently Elimelech got a good job, they moved into a decent home, the boys made new friends, and perhaps Naomi was happy in this new and different, though Godless, land. Ten years passed. The boys married Moabite girls. It seems that they had no intention of ever returning to the land of God’s people.

However, in the process of time, Naomi’s husband and both sons died there in Moab. At the same time, she heard that there was bread again in Bethlehem. One daughter-in-law returned to her idolatry, but Ruth clung to her, and together they returned to Naomi’s hometown.

When they arrived, all of Naomi’s old friends, women that she no doubt had grown up with and which had known her all her life, said, “Is this Naomi?” Sin will change your appearance; the world will always leave its mark. Sin and bitterness will take away the rosy cheeks of youth and replace them with the hard lines of worldly experience.

Naomi’s response is like an X-ray image displaying the parasite of bitterness wrapped around and growing inside her heart:

The name “Naomi” means, “Sweetness.” “Mara,” on the other hand, means “bitterness.” Which would best describe your personality? Certainly she was accurate, because her mind, heart, and soul were now dominated by a bitter spirit.

What are some of the symptoms of a sheep infected with the parasite of bitterness?

The very meaning of the word teaches us this truth. Bitter people are not joyful. Naomi could not even be happy to see her old neighbors or to be home. No, not at all. Bitterness in the heart makes everything taste bitter – it taints every relationship, and ruins the flavor of even the happy moments of life. Bitter people are unhappy, terribly unhappy, pitifully unhappy. Oh, how they need to have this parasite removed from their souls!

The first words out of her mouth were not a happy greeting to old friends that she had not seen for a decade, but words of complaint and negativity. Bitter people are chronic complainers. They are not happy and believe that anyone who is happy must be too ignorant to know that they should be unhappy – and therefore must be told why! No one enjoys the company of a bitter, complaining person, and I imagine that her old friends gave her a wide berth after this unpleasant exchange.

3. Bitter people pass the blame instead of taking personal responsibility for their lives.
A Naomi-like spirit might have said, “It is so good to be home. We made a tragic mistake when we left here. We should have stayed and trusted God instead of running to Moab.” But a Mara-like spirit says:

She did not take responsibility for her own actions, but blamed the Lord for everything that had taken place.

4. Bitter people have a distorted vision of reality.
Naomi said, “I went out full.” If she was full, why did she leave? I thought she left because of a famine? Naomi had a distorted view of reality. Her vision was impaired by bitterness.

5. Bitter people have a victim mentality.
Naomi basically said to all who would listen, “Look what God did to me. God has mistreated me. It is His fault. I am the victim.” Many today are playing the victim card; it has become their identity, their crutch, their excuse to absolve themselves of any personal responsibility. It is easier to stay addicted to self-pity than to face up to the real problem – the parasite of bitterness on the inside.

Behold bitter Naomi! How pathetic! She has come home but she has isolated herself from her old friends and acquaintances. If not for Ruth, she would have starved to death in a dark room somewhere, nursing on a bitter bottle of self-pity, keeping everyone at a distance with her sharp tongue and complaining spirit.

We have spent so much time on this one point because, in this pastor’s experience, bitterness is one of the most destructive forces in the lives of many professing Christians. It is a relationship killer. It is the cause of more chronic unhappiness than perhaps any other issue – the poisonous root that defiles many. Oh, how the Good Shepherd wants to purge us of the ugly worms of bitterness!

David knew that his soul needed to be restored to a renewed purpose and joy in life. He prayed in the 51st Psalm, “Restore unto me the joy of thy salvation.” David’s problem was sin in his life – unconfessed, unforgiven sin. He had wandered away from the Shepherd and lost the joy of living for the Lord. The Good Shepherd sought him out and cured him, though the treatment was painful.

The Good Shepherd worked in Naomi’s life, too. Naomi was restored through the patient love of Ruth. Thank God for Ruths that love even bitter people and are a positive influence in their lives. Ruth did not abandon her mother-in-law, but patiently ministered to her, until at last her virtue won out over Naomi’s bitterness.

We have come the long way around to the word “restore” in the life of Naomi. A son was born to Ruth and Boaz, named Obed. Naomi got involved in the “nursery ministry.” She became a nurse to her grandson.

Her friends came back around and saw the difference in her life. The bitterness was gone, the sharp tongue had lost its edge, the meanness was erased and the distorted vision cleared. They said to their restored friend:

The Good Shepherd, the Physician, wants us to be healthy, happy, and joyful. But the parasite of bitterness will sour the spirit until the joy is erased out of our lives, leaving us sour, complaining, miserable Christians.

Are You Leading Prayer At The End Of Soulwinning

Be Faithful Unto Death

Help For The Hurt Of Divorce

Why The Mature Christian Doesn’t Exist