I’ve been thinking about these words with which Paul charged Titus:

“This is why I left you in Crete, so that you might put what remained into order, and appoint elders in every town…” Titus 1:5.

What was out of order? Was it simply that elders were not appointed or was it something else? The language that Paul chooses is evocative. To “put into order” is a verb meaning to “thoroughly set straight.” What is interesting is that this word was used by medical writers about doctors setting straight broken bones or crooked limbs so that they would heal or grow properly. Thus–to run with the metaphor–the Cretan church was trying to walk on legs that were broken and needed to be set straight.

But I come back to my original question: What was out of order? What needed to be straightened out? What problems were there in the church that Titus was left to fix? At least these three are seen in the text: (1) The absence of spiritual leaders, (2) the presence of false teachers with reprehensible lives, and (3) church members who had been influenced by the false teachers.

And these three things resulted in the Cretan believers not being devoted to good works or (to say it another way) not living holy lives. You see, they were following the leading of men who were “unfit for any good work” (v16). Shamefully, the Church in the various Cretan towns throughout this large island shared the infamous reputation of its non-believing inhabitants: “always liar, evil beasts, lazy gluttons” (v12). Paul underscores this dishonorable reality by simply writing: “This testimony is true” (v13).

The context provides further emphasis of this tragedy. Notice that the qualifications for elders specifically requires a man to be “above reproach.”This is found in successive verses  vv6 & 7). The remainder of the qualifications (in vv6-9) are an exposition of what is above reproach and thus to be seen in elders (e.g., a faithful husband to one wife, a lover of good) and what is reproachful and thus not to be reflected in elders (e.g., not arrogant, violent or greedy). The implication? The leaders of the church needed to have a good reputation, one that was markedly different than those from the non-believing community.

What is more, the leaders would begin to have a sanctifying effect on the rest of the church (Chapter 2 will bear this out). The reason that the false believers didn’t have the capacity to sanctify the faith community is that they had no teaching that had the power to genuinely purify anyone. Paul says they had defiled minds and were “empty talkers” (vv10, 15). They had only deception at their disposal, not words of power. Put simply, they did not have the gospel. If they had truly known God, they would have come into that relationship through the life-giving message of Jesus’ life, death and resurrection. Their lives revealed that they did not know God (v16) and so the gospel was not possessed or taught by them. The result was that the true believers were not sanctified and continued to live lives stained with their old nature.

Can you relate to these mixed up Mediterranean Christians? They were genuine converts but continuously falling back into the habits of their pre-conversion lives. Does this characterize you?

Praise God, that the powerful, transforming grace He gives to converts souls is the same grace He gives to continue His sanctifying work in the church. He does this by faithfully preserving the truth of the gospel [i.e., the truth that provides “hope of eternal life…[from] God our Savior” (vv1-3)] generation after generation through pastoral church leadership. This is seen by the fact that elders must “be able to give instruction in sound doctrine and also to rebuke those who contradict it” (v9). This is a powerful sanctifying force that continuously changes the course of peoples’ lives and rescues reputations.

So what was “out of order” was that the reputation of Jesus Christ was marred by the Cretan church living unholy lives. What needed to be “straightened out” was both their sinful lives and establishing the only means by which those lives could be set right: the teaching of the sanctifying gospel.

Paul knew Cretan Christians living holy lives was possible. It is also possible for us today. But there is still only one way…placing ourselves under the regular instruction of biblical teaching that centers on the person and work of God our Savior. 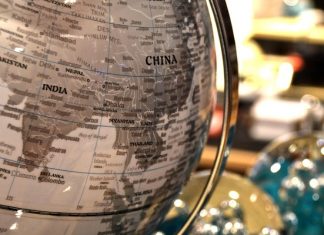 "Today, some of us sit in our comfortable churches, singing our hymns, having fellowship, and listening to our sermons while turning a deaf ear to the cry of the lost around us. We do nothing to make a difference."