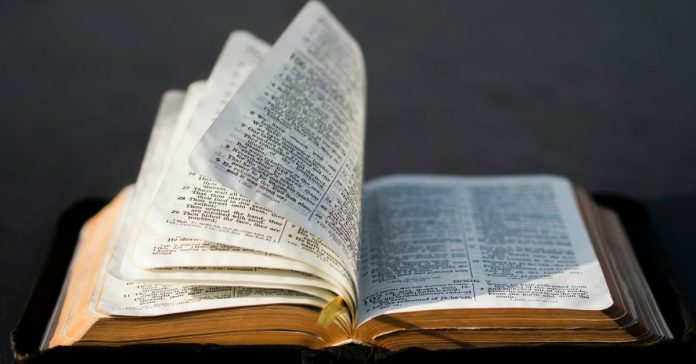 There are two movements with a similar end goal today, and yet somewhat diametrically opposed to each other, concerning the Church.

One is called Reformation and the other is Revivalism. Both terms have been defined incorrectly and confused with each other many times.

Reformation is a result of the punishment of the Law.

Leviticus 26:22-23
I will also send wild beasts among you, which shall rob you of your children, and destroy your cattle, and make you few in number; and your high ways shall be desolate.
And if ye will not be reformed by me by these things, but will walk contrary unto me;
Then will I also walk contrary unto you, and will punish you yet seven times for your sins.

Reformation is ultimately based on the Law and Works. In the Law, there is little Grace. The Law punishes, and with the threat of punishment the Lord begs Israel to stop their sin, lest they be destroyed. Reformation is not a bad thing, but it is not the best thing.

The above passage is the only mention of the word “reform” in the Bible.

Revival is a result of the blessing of Grace.

Psalms 85:6 Wilt thou not revive us again: that thy people may rejoice in thee?

Here, the people of God willingly humble themselves before Him. There is a relationship. The passage talks about the blessings of Grace instead of the horrible punishments of the Law. The chapter first starts with a blessing of God’s favor on the land and forgiveness. In contrast, the only chapter that mentions reform starts with a commandment. Praise God for Revival!

Promoters of Reformation always point to the Reformers and their theology. While they give lip-service to going back to the Bible, ultimately, the Reformer’s theology is often the final word, instead of the Word.

Proponents of Revival, however, point to the Bible as their final authority. So make note and beware if one is claiming to be a Revivalist and yet base their revivalism on experience rather than Scripture. True revival comes along with the Bible hand-in-hand.

Reformation is for the Jews.

Hebrews 9:10 Which stood only in meats and drinks, and divers washings, and carnal ordinances, imposed on them until the time of reformation.

One mark of reformed theology is covenantal theology, where Christians take place of Jews in the whole of history. A careful and literal reading of the Bible disproves this view, contrasting both, and notes that reformation is only for the Jews and Israel. This further proves that reformation only concerns itself with the Law and not Grace. (This is the only time the word “reformation” appears in the Bible)

Revival is for the Christians.

Ephesians 5:14 Wherefore he saith, Awake thou that sleepest, and arise from the dead, and Christ shall give thee light.

Revival is arising from the dead, which our spirits have done in salvation. Regeneration is revival. It is Christ that gives light.

Reformation is a result of human works.

Revival is a result of God working.

Revival is the act of making one alive, to be awakened. Only One can make something alive, and that is God. Revival results in salvation (Psalms 85:7). It is an action of the spirit of man, the part of man that is born again and regenerated.

The Church of Sardis in the Bible is equated to the Church of Reformation in the eschatological system of Dispensationalism (Revelation 3:1-6). And rightly so. A study of the history of the Reformation reveals no great missionary movement, only the start thereof. It has a name that livest, because it did change history by the reintroduction of the Bible to the masses, but it is dead.

Why is it dead? For one, the Reformation did not fully comply with the teachings found in the Bible, but retained some of the tradition of the Catholic church and thus compromised with its leaven. For example, the reformer Luther did not remove infant baptism from his theology, even when a man pointed out that it couldn’t be found in the Bible.

Reformation churches were also mostly state churches. A union of state and church produces a dead church. The practice of voluntary belief is found only in the Age of Revival. AS one remembers the letter of the Baptists to Thomas Jefferson concerning the separation of church and state.

Romans 14:9 For to this end Christ both died, and rose, and revived, that he might be Lord both of the dead and living.
​
The Church of Philadelphia, on the other hand, is equated to the Church of the Revival Awakenings (Revelation 3:7-13). It was only in the Awakenings that a great missionary movement to reach the world. It was at that time great men of God came and went. Even the men that the Reformed today see as heroes came from this age, such as A.W. Tozer and Charles Spurgeon, not the age of the Church of Reformation. It was also at this era that the purified church, was its strongest, boasting the most massive congregations. The world was in a fervor of the preaching of the gospel. We look at these time as the most moral in our world’s cultures, which spans from the Victorian Age to the 1950s.

Those that are spiritually living are revived.

In conclusion, the Bible and history proves that Revival is better. Reformation is not a bad thing, but Revival is simply better.

The recent Burlington Revival, while not a massive awakening we all had been hoping for, still proves that God is on the throne and still moves His people.

God’s Forgiveness For Those Who Confess

Choosing Friends for Life and Ministry