Acts 15:1-4 – And certain men which came down from Judaea taught the brethren, and said, Except ye be circumcised after the manner of Moses, ye cannot be saved. When therefore Paul and Barnabas had no small dissension and disputation with them, they determined that Paul and Barnabas, and certain other of them, should go up to Jerusalem unto the apostles and elders about this question. And being brought on their way by the church, they passed through Phenice and Samaria, declaring the conversion of the Gentiles: and they caused great joy unto all the brethren. And when they were come to Jerusalem, they were received of the church, and of the apostles and elders, and they declared all things that God had done with them.

Shortly after being saved, I attended a Wednesday night Bible study at our church in Simi Valley, California. The Christian life was all new to me, but the first thing someone said to me after I got saved was, “Now, make sure you go to all of the services at the church. They are all important and needful for you to grow as a Christian.” Because I did not know much, I listened to those who I thought wanted the best for my life, and those were the Christians who God had placed in my life.

Thus, I found myself at my first Wednesday service when the pastor asked for testimonies. He got up and said, “It is testimony time. Who would like to be first?” I heard from numerous people who stood up to give testimony of what God had done or was doing in their lives. I considered sharing my testimony of recently being saved, but I was just not the extrovert who some may have thought I was. Instead, I sat and listened. Though years later I do not remember the content of those testimonies, I have often been amazed at some of the testimonies given by those of us who have been touched by God’s amazing grace.

A story which holds a great, godly testimony centers around the historical sinking of the Titanic.

For most people, the sheer horror and tragedy of that famous sinking ship are what immediately come to mind. However, the story intrigued me because of a certain preacher who was onboard the Titanic that fateful night of April 15, 1912. His name was John Harper, who was a Baptist preacher accompanying his young daughter and his sister. Harper was a widower said to have been traveling to Chicago ultimately in order to take the pastorate of the famed Moody Church. His loving wife had died six years earlier while giving birth to the daughter who was onboard the Titanic with him.

As the alarm was sounding the impending sinking on that famous night, Mr. Harper busily ran about the deck, shouting to all of whom he could gain their attention, “All the women, children and unsaved—to the boats!” After making sure his sister and daughter were aboard one of the too-few lifeboats, the preacher found himself in the chilling waters. He was heard hurriedly exclaiming, “Believe on the Lord Jesus Christ and thou shalt be saved!”

One such hearer, clinging to some debris from the ship, rejected the preacher’s message. However, Harper would not be denied, for a few minutes later he returned to the hearer’s side in the cold water and debris and issued the same warning. He even removed his own life jacket and threw it to another, exclaiming, “You need this more than I do!”

Four years later in Ontario, Canada, a meeting was held for survivors of the Titanic.  A man testified that he was clinging to ship’s debris when a man swam to him and begged him to, “Believe on the Lord Jesus Christ and thou shalt be saved!”  “I refused,” said the survivor. “He came by a second time and said the same thing. This time I accepted Christ. Just as soon as I did, the man slipped away beneath the chilly waters to his death. I was one of the few rescued by a returning lifeboat. I am the last convert of John Harper.”

In Acts 15, certain men came from Judaea and began teaching false doctrine to the brethren, saying they must be circumcised to be saved. Paul and Barnabas disputed with them, and it was determined that they should go up to Jerusalem about this question. When they did arrive in the city, the Bible says that they gave testimony of all things that God had done with them.

In my observation over the years, I have noticed that Christians give testimonies about the Lord in regard to three separate thoughts:

– What God has done to them.

– What God has done for them.

– What God has done with them.

First of all, everywhere we go, we meet people who talk of what God has done to them.

Many times, this meeting will be perhaps at the door of a residence while talking to someone about the Lord, only to learn of his bitterness toward God. I had one of these experiences while talking with a young lady. “I’ll tell you what,” she said, “I will never set another foot in a church again in my life. My boyfriend is in a hospital right now, fighting for his life. He never hurt anyone. We were going to get married. Now, I don’t even know if he is going to live another month.”

I have found that people generally get bitter toward God for two reasons:

– God did not prevent something negative or bad from happening (such as the previous real-life illustration).

– God did not give them something that they really wanted.

Disappointment with God leads to resentment toward God that ultimately leads to running from God.

Jonah is the perfect example of this! How many people have asked the question, “Why do bad things happen to good people?” The truth of the matter is that there really is nothing good about people from God’s perspective. The Bible declares in Romans 3:12b, …there is none that doeth good, no, not one. The real question to be asked is this: “Why do good things happen to bad people?”

God gave a marvelous garden and paradise to Adam and Eve, but they chose to disobey God. …and so death passed upon all men, for that all have sinned: (Romans 5:12b) Thank the Lord for His marvelous grace to undeserving sinners!

Secondly, we may hear of people giving testimony of what God has done for them.

When we see the blessings in a fresh way, we want to stand up and give testimony. I surely am amazed at how many people never praise Him! At this writing, my mother has suffered a stroke and has lost her speech. I thank the Lord for many years of conversation with a mom who cares for her son. I praise Him for what He is doing in her life. I stand with David in the book of Psalms when he said, Let every thing that hath breath praise the LORD.  Praise ye the LORD. (Psalm 150:6)

Thirdly and most importantly, we may hear some of God’s people who give testimony of what God has done with them.

Oh, how I love to hear the testimonies from the lips of dear servants of God as they exclaim God’s goodness in choosing to use them in a marvelous way!  There is something that speaks to the cold, embittered, and hardened heart about serving the King of kings and Creator of all of the earth and universe!

Let us remember how Ananias could not understand the Lord desiring to use Saul.  The Lord said in Acts 9:15, …Go thy way: for he is a chosen vessel unto me,…  How the Lord did use Saul greatly! There never has been another Paul. He was one of a kind. He certainly could give testimony of what great things God did with him!

I cannot wait to get to Heaven, for it is a place where we see clearly as we should see.  I cannot wait to see the numerous converts who the liberal crowd would falsely declare never were saved because of “Easy Believism!” While they carry on in their false doctrine and continue in seeing few converts, those of us who just believe the Bible will continue our door-knocking, confrontational soul-winning, and bold preaching.

John Harper was certainly rejoicing as the angels rejoiced at the conversion of that Titanic survivor—John Harper’s last convert.

Let us hear more testimonies in our churches of what God has done with us! Great things He hath done! 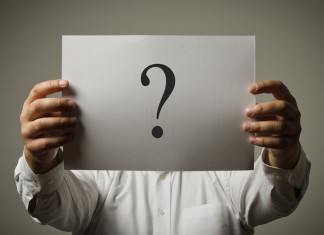 We have all seen temptation at some point in our lives to tell a lie. You may recall some time in the past week that you actually have lied. Many times we succeed, yet many times we fail.

Fundamentalism Needs An Old-Fashioned Revival of Character and Compassion