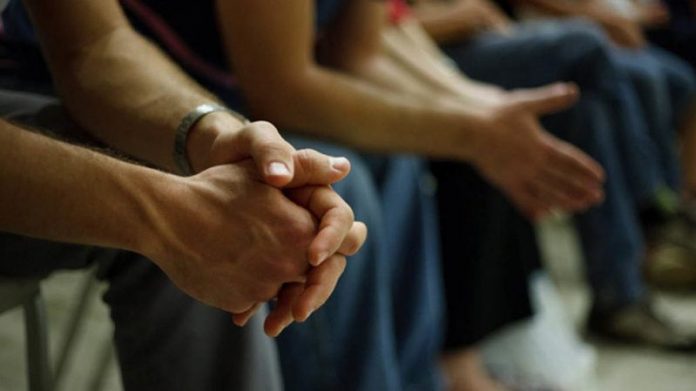 1 Kings 19:18 “Yet I have left me seven thousand in Israel, all the knees which have not bowed unto Baal, and every mouth which hath not kissed him.”

When God saved me in 1991, I didn’t even know where Genesis was in the Bible, much less the difference between an independent Baptist and a Southern Baptist church. A teenage classmate from an independent Baptist church in Weatherford, TX, persistently invited me to church for several months; on April 21, 1991, I attended “Friend Day” at his church and was wonderfully saved! This same independent Baptist church ran an antique bus that carried my future wife to church about the same time; she was also saved at that church, we met, and a few years later were married there.
When God called me to preach in 1993, my pastor told me I needed to attend Bible college. I did not know any colleges, and he recommended a relatively small school in Fort Worth named after Dr. J. Frank Norris. I was a Baptist because Baptists reached me; as I studied and grew in grace and in the knowledge of the Scriptures, I became a Baptist by conviction. Not finding any conventions, hierarchies, popes (Baptist or otherwise) in the New Testament church pattern, I became an independent Baptist by conviction. Furthermore, my acceptance of truth such as the inspiration and preservation of the scriptures in my King James Bible made me a fundamentalist in doctrine; my standards, personal soulwinning, and position on key issues made me a fundamentalist in practice.

Still, at this point I did not know much about a “movement.” I only knew what I had become by studying the scriptures. In college, I became acquainted with men that had been used of God to build amazing works. I read about many; I heard many in person. To this day I consider it a great privilege to have sat at the feet of those Spirit-filled giants of modern times, many of whom are now in heaven. Some of these became my heroes, and I followed and continue to follow their good example to this day.

In those youthful years, I dreamed vainly of becoming one of those great men; in my later years, I have retained my love and respect for those greatly used men. They are not “idols” but men whom I respect. This morning, two of our young men left for two different Bible colleges. I believe that both of these young men will receive a great deal of good training for the ministry in these good schools.

However, in later years I have given up those vainglorious dreams of personal ambition; I have also returned to my “roots” in understanding and appreciating the thousands and thousands of grassroot fundamentalists across America who pastor churches of 50, 100, 150, 200 people – churches like the one that reached my wife and I over 20 years ago. I thank God for every faithful, fervent, fiery Elijah, calling down fire from heaven and facing the hordes of Baal; I also thank God for the 7000 unnamed men that God said had not bowed their knee to the Baalism filling their culture.

For every “famous” preacher who falls or fails, bringing discredit and shame to the cause of Christ, there are thousands of faithful men preaching in unknown churches, raising great kids, winning souls to Christ, struggling to build soulwinning programs, bus ministries, and Sunday Schools. They raise missions money, send their young people to Bible colleges, and do a thousand works of kindness and spiritual importance that will never be recounted in front of hundreds of preachers at a national conference. This week many will work full or part-time jobs; many will mow the church yard and clean the church toilets; many will have greasy hands from trying to resurrect a bus that ought to be in bus heaven; but they will faithfully pray, preach, help people, and serve the Lord in the field in which He has placed them.

Grassroots fundamentalists are independent because the Bible teaches them to be independent. They are fundamental because their faith in God’s Word and their obedience to it makes them fundamentalists. They may respect some of the leaders of the IFB movement and may share some common heroes of the faith; but, whether those men live or die, rise or fall, it will not change the commitment or commission of these faithful Baptist preachers. What binds us together is NOT a man or a school but a common set of fundamental doctrines, convictions and practices.

I am always encouraged to meet independent, fundamental Baptist preachers who believe the same Bible, preach the same message, live by the same principles, and love the same Saviour. Like me, they may come from schools that no one has ever heard of outside their local area; like me, they aren’t going to be on a national platform anytime soon; like me, they have their own friends and circles of companionship; like me, they are pleased to be identified as IFB or Independent, Fundamental Baptist. And if every famous IFB pastor of every IFB megachurch in America fell tomorrow, they would mourn, pray, and then continue on trying to make a difference for the cause of Christ.

Thank you for reading. I hope that these thoughts were a blessing.

The Dynamite of Faith

Trademarks Of A Struggling Church

His Way is Perfect

The Seven Saddest Sayings for Sinners: #7