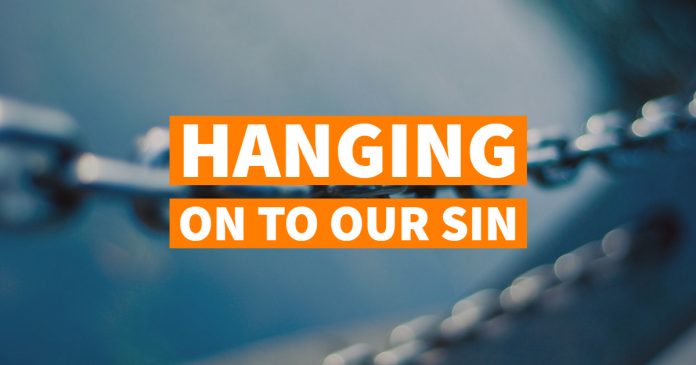 Last summer, my girls and I found ourselves on a hunt. This hunt had me on my knees and sniffing at our kitchen door, cleaning behind the kitchen trash can, taking out the trash, scrubbing out the trash can, scrubbing the porch right in front of the door, etc. Yes, we were trying to figure out the source of an odor…a bad odor…a “something is rotten or dead” odor! YUCK!! The only time we could smell this odor was when we first opened our kitchen door; the stench literally hit us in the face. At first, I thought it was something outside but when I put my head out the door, I couldn’t smell it.

Talk about strange! It definitely had us puzzled and was driving me crazy! One day, as we were cleaning up the kitchen, I looked outside to see our dog, Mocha, lying right in front of the kitchen door. Having had much experience with dogs and their ability to get themselves into rather smelly situations, I began thinking, “Hmmm…was he laying there every time I smelled ‘the smell’?? That’s it…he’s the culprit!”  I gave our son the job of going outside and smelling Mocha to confirm my suspicions. (That’s what guys are for, right?) However, as Caleb turned back around, I saw him look up in the corner of the door frame and door edge and then point. “A lizard”?! I asked, as all I could see from my angle were …ummm…teeny, tiny little ‘fingers’. “A FROG!”, he replied. Following my immediate instructions, he quickly found a stick and literally peeled the “frog-shaped pancake” from the door frame. Ugghh!!

This incident reminded me of “One More Night With the Frogs”; a book written by Dr. Hugh Pyle that speaks of Pharaoh choosing to have the plague of frogs for one more night. Whenever I read that account in Exodus 8, I always have to wonder WHY anyone would request to be plagued one more night. But, how often do Christians choose to hang on to that one little sin…that stinky frog…instead of immediately confessing it to God? When we do this, we become hardened and blinded to its presence. Every time I went to my kitchen door, that dead frog was less than two feet from my eyes yet I couldn’t see it. But, from the other side of the door frame, it was in plain view to my son. How true this is of sin in our lives. What WE have become blinded to is so obvious to those around us. And, just as that dead frog sent off a terrible stench, so is the case with unconfessed sin…it really stinks up our testimony.

I am thankful to say that we solved the case of the mysterious odor. No, this family did not spend one more night with that frog. When I realized the source of the smell, I did not hesitate to tell Caleb to get rid of it – quickly! Do you know why? Dead frogs stink….

“And Moses said unto Pharaoh,… when shall I intreat for thee, and for thy servants, and for thy people, to destroy the frogs from thee…? And he said, To morrow… And they gathered them together upon heaps: and the land stank.” Exodus 8:9,10,14

4 Ways To Fight Fear In Your Life

Did Calvin Ever Leave Rome?

Training Children with a Purpose