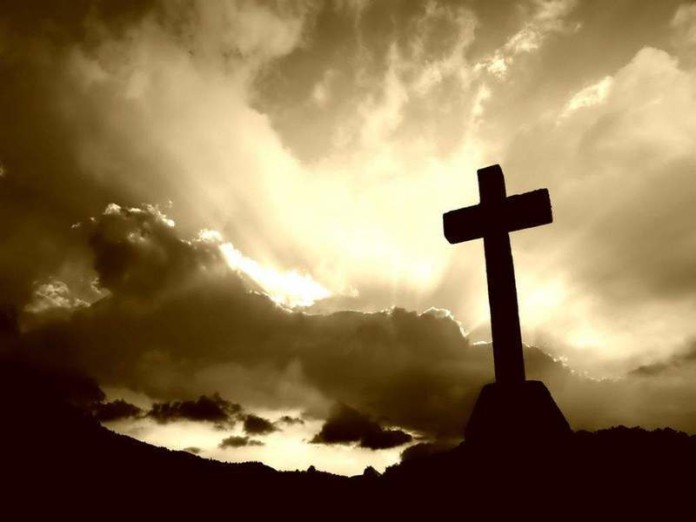 Isaiah 40:9-10:    O Zion, that bringest good tidings, get thee up into the high mountain; O Jerusalem, that bringest good tidings, lift up thy voice with strength; lift it up, be not afraid; say unto the cities of Judah, Behold your God!Behold, the Lord GOD will come with strong hand, and his arm shall rule for him: behold, his reward is with him, and his work before him.

Isaiah chapter 40is overflowing with expectations of the coming of Jesus Christ into the world.  John would later say, as He saw the fulfillment of this promise in John 1:29:“Behold the Lamb of God, which taketh away the sin of the world.

Here in the fortieth chapter of Isaiah,  we have God speaking tenderly to his people.  Through  this message, Isaiah  told Israel to “Behold their God.”     In Psalms 27:4| we are to “behold the beauty of the Lord!”

What Does it Mean to “Behold our God?

Behold means: “to look; to stare at;  to fix upon.”    It means to spend time fixing our minds and hearts upon the majesty of God.  Certainly this was some good counsel by Isiah.  And it remains great counsel to modern day Christians as well.    It means that we are so enraptured and mesmerized with His presence,  and by His infinite glory,  that we can only be stare in wonderment at our God.

While in India during the month of May, 2014, I was astonished with the number of idols this country worshipped.  In all, India claims to have 330 million gods!   This completely overwhelmed my heart as I knew that there is but one God.  Malachi 2:10    “Have we not all one father? hath not one Godcreated us?”

As I had been picked up by a taxi driver in Chennai, India, I immediately noticed three objects mounted and handing in this man’s taxi.  I had what I believed to be a three hour drive to the remote Villiage where I would be preaching.   I thought I would get to know him and break the ice as I sat up front with this driver that was obviously of the Hindu religion.  Yet as I saw one idol swinging in front of my face as it was hanging on the rearview mirror, and as I was gazing upon the two small statues mounted on his dashboard, I decided that this preacher could wait not longer to share the Gospel with him.  This man had to learn of Jesus Christ so he could go to Heaven when he died.

I had learned that he was married and the father of two children.  I asked him if his gods were alive.  He stared at me through his dark black eyes, and finally admitted that they were all three dead.    I asked if these men that were dead would be able to provide healing for his children, should they be facing death.  He quickly responded by saying no, they could not.  I asked him why they couldn’t, and as I pressed him gently, he admitted it was because they were dead.

I then asked him if he would allow me to present  my God, which is the only true and living God, and that with Him, nothing would be impossible.  He readily agreed to listen.  After several minutes of sharing the Glorious Gospel, and by focusing upon the majesty of Jesus Christ, he was marvelously saved.

There are no thoughts in the world are deeper and more astonishing to the mind of mortal man than to think great thoughts of an Omnipotent God.  God, in all of His Glory is far beyond our comprehension.  God is glorious in all things.  He doeth all things well!    Job 5:9 “ Which doeth great things and unsearchable; marvelous things without number.”

But Who is God?

How would one try to define God as He is?  This is but a feeble attempt at best to describe and define God.  God is a spirit, infinite in His being, wisdom, power, holiness, justice, goodness, and truth. I earned this definition decades ago in Bible College and it remains embedded deep within my heart and mind.

Why Aren’t We Hearing More About God in our Pulpits?

If it be true, and it certainly is, that Jesus Christ is the ONLY wayto gain entrance into Heaven,  (John 14:6; Acts 4:12; I Timothy 2:5), then why aren’t we hearing this clearly preached in the pulpits across our World?     If the statistics that I recently  read are correct, by the year 2025, Islam will have more followers than Jesus Christ!  Incredible! Astonishing!  Unfathomable! Yet it could be true.

We need a revival of “God Preaching” from our pulpits.  Very little preaching is seen exalting and lauding the precious name of Jesus.   Many have strayed away from presenting God in the grand and glorious manner in which the great men of God of yester-year presented Him.

I remember when my jaw would drop as I heard the Man of God lift up on high the name of Jesus.  Preachers, we must let people in the pews see Jesus.

Brother Kilgore can be reached for Revival, Missions, and Soul-winning meetings at:  [email protected]

So You’ve Graduated From Bible College – Now What?