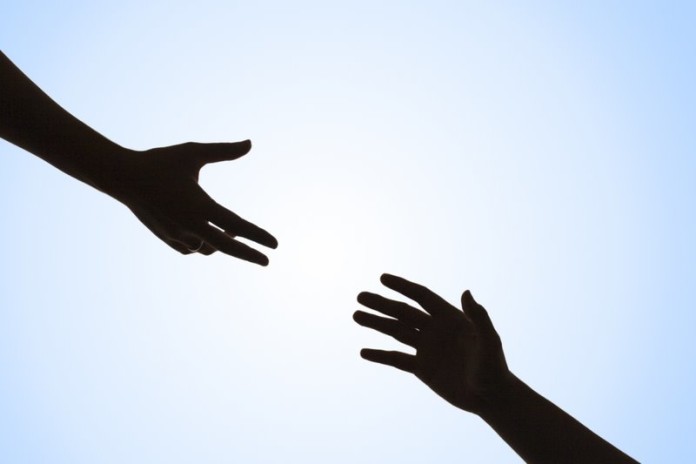 “Then cometh he to his disciples, and saith unto them, Sleep on now, and take your rest: behold, the hour is at hand, and the Son of man is betrayed into the hands of sinners.”

“Rise, let us be going: behold, he is at hand that doth betray me.”

“And while he yet spake, lo, Judas, one of the twelve, came, and with swords and staves, from the chief priests and elders of the people.”

“Now he that betrayed him gave them a sign, saying, Whomsoever I shall kiss, that same is he: hold him fast.”

“And forthwith he came to Jesus, and said, Hail, master; and kissed him.”

“And Jesus said unto him, Friend, wherefore art thou come? Then came they, and laid hands on Jesus, and took him.”

When the Scriptures say he is my friend it means I have obtained possession of him as a friend. An example would be David and Jonathan. David was Jonathan’s friend or Jonathan was a friend to David. It also means that Jonathan was David’s friend. When someone says a person has a lot of friends Biblically it means a person is a friend to a lot of people.

A friend is a gift from God, which means if you are a friend to someone you are always a friend to that someone! Romans 11:29, “For the gifts and calling of God are without repentance.” If a friend is a gift and you become someone’s friend then you are God’s gift to him or her. The gift of friendship cannot be taken back! Consequently friendships are forever!

Friendships require no reciprocations at all! If I decide to be your friend you cannot stop me! You may decide not to be my friend but you cannot keep me from being a friend to you. No one loses a friend! Friendship is forever!

Proverbs 17:17, “A friend loveth at all times, and a brother is born for adversity.”

All times includes good times, bad times, friendly times, and unfriendly times. If they sue you, you still are to love them. If they take your picture down out of the Hall Of Fame you are still supposed to be a friend. A friend turns on you? Is that apart of “all times?” Yes!

Proverbs 18:24, “A man that hath friends must shew himself friendly: and there is a friend that sticketh closer than a brother.” Being friendly does not necessarily mean you are a friend. Real friendship is closer than blood! Proverbs 17:17 is saying a brother is born to continue when his friend is his adversary.

Proverbs 17:17 is not a prophetical Scriptural passage about Jesus Christ. Real friendship transcends blood! A brother is born for adversity and a friend is supposed to stick closer than a brother.

Proverbs 27:10, “Thine own friend and thy father’s friend, forsake not; neither go into thy brother’s house in the day of thy calamity: for better is a neighbour that is near than a brother far off.”

Do not go into a friend’s house in the day of thy calamity or go into his house on the day of his calamity and not your calamity! God is making it expressly clear that it is more important you ARE a friend than you HAVE a friend! Do not seek friends rather be a friend.

Psalm 41:9, “Yea, mine own familiar friend, in whom I trusted, which did eat of my bread, hath lifted up his heel against me.”

David is saying that someone that ate of his table has lifted up his heel or magnified his hell. He is saying that all he could do to me was to scare me! Can you think of anyone who ate at David’s table that betrayed him? How about Absalom!

This Psalm deals with the rebellion of his own son. Note David says, “…whom I trusted” which is past tense! One can be someone’s friend and not trust him or her. I am a friend to a lot of people I do not trust! I can be your friend but not trust in your friendship. David was a friend to someone who was against him.

An example would be a child born to you and that relationship will not change. You cannot unborn anyone and you cannot unfriend anyone!

Psalm 35:14, “I behaved myself as though he had been my friend or brother: I bowed down heavily, as one that mourneth for his mother.”

David is letting us know that his own son turned on him and he said his response was, “I behaved myself as though he had been my friend…” We are so childish! When you make such sad statements as, “I’ve just taken all I can take” or “I can’t stand her” or “Look what he did to me!” We are showing the world our selfishness and self-centeredness!

Psalm 38:11, “My lovers and my friends stand aloof from my sore; and my kinsmen stand afar off.”

My question to you is, are you a friend to anyone even though they treat you badly, lie about you, or turn on you? David is speaking here of Ahipothel, Shimei, and Mephibosheth.

Remember how Shimei cursed David when he thought King David was about to lose his kingdom. Guess what? King David did not lose and he remained King David! Remember how Mephibosheth the crippled boy who turned on David? Remember how Ahipothel the childhood friend of David who turned on David. These three were lovers of David! It would be a marvelous thing if God’s people could live by principle and not by passion. Passions erupt because of selfishness and snuff out friendships.

Job 2:11, “Now when Job’s three friends heard of all this evil that was come upon him, they came every one from his own place; Eliphaz the Temanite, and Bildad the Shuhite, and Zophar the Naamathite: for they had made an appointment together to come to mourn with him and to comfort him.”

This is amazing! Job still is a friend to those who turned on him and lay blame at his feet for all that Job has been through and going through. Being a friend will withstand rebellion, being aloof, being forsaken, and being scorned.
Job 42:10, “And the LORD turned the captivity of Job, when he prayed for his friends: also the LORD gave Job twice as much as he had before.”

Zechariah 13:6, “And one shall say unto him, What are these wounds in thine hands? Then he shall answer, Those with which I was wounded in the house of my friends.”

This is prophecy of the sacrifice of Jesus Christ the Son of God. Hold it! This is the same thing mentioned in Matthew 26:50, “And Jesus said unto him, Friend, wherefore art thou come? Then came they, and laid hands on Jesus, and took him.” This sorrow rascal! This sorrow rat that stayed with Jesus, chosen as one of the twelve, elected church treasurer, saw healings, saw those raised from the dead, he saw the blind eyes opened, and he betrayed Jesus. He did not just betray our Lord look at what he did; he kissed Jesus! What a snake but Jesus called Judas “Friend.”

Luke 23:34, “Then said Jesus, Father, forgive them; for they know not what they do. And they parted his raiment, and cast lots.”

Jesus was a true friend! He was dying for those who killed Him! Imagine this happening to you and your response?

Evangelist Lester Roloff said one time, “Most friendships won’t last through morning’s burnt toast!” From the shadows of Gethsemane with the echoes of the Last Supper comes one of the twelve, he places a kiss of betrayal upon the brow of the Saviour, and what does Jesus say, “Friend.”

ARE YOU ANY ONE’S FRIEND?

Sitting Beside A Crab

He That Winneth Souls is Wise- Final