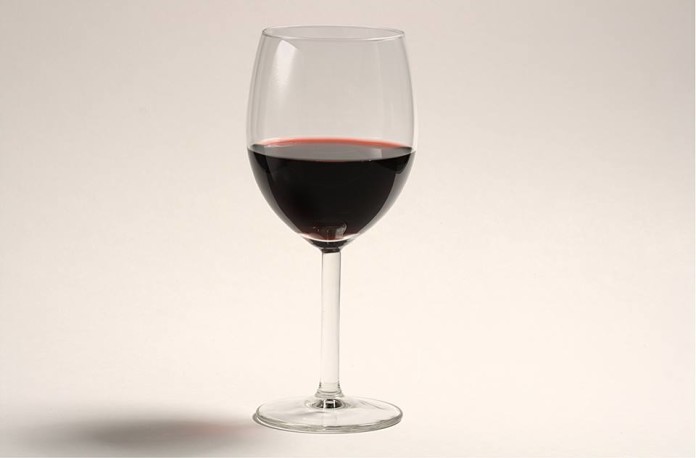 There are two basic Christian positions on alcohol. One says that it should be completely avoided. The other says that it can be consumed in moderation as long as you do not get drunk. One of the most frequently cited supports for the latter is the idea that the only kind of wine available in Jesus’ day was alcoholic wine.

I have spoken with literally dozens of people who hold a moderate consumption position and almost all of them use this as a foundational reason for their position. Just last week, for instance, someone made this statement on my facebook page:

In biblical days there was no such thing as grape juice. Fresh crushed grapes have natural yeast and immediately begins to ferment. So all juice had some alcohol, the longer it sat the more alcoholic it became. The only reason we have grape juice is because of pasteurization, which didn’t exist until 1795.

I find this reasoning frustrating simply because it is so completely incorrect. I do not mind disagreement based on reasonable difference of opinion about scriptural interpretation. I do mind disagreement based on careless inaccuracies. Please do not misunderstand me. I do not claim to be perfectly correct about everything I assert but – as God is my witness – I work incredibly hard at researching the facts behind what I say. I do my homework. This series alone has cost me seventy five hours of work. That amount of time spent does not make me right but it does make me annoyed with people who make ignorant pronouncements. The average person who holds a moderate consumption position on the basis that the only wine available in Jesus’ day was alcoholic is intellectually lazy. They are simply repeating something they have heard someone else say. And they have built their position on sand.

In our day we do not need to make wine. In ancient times they actually did for a variety of reasons. For instance, the scientific laws of medicine were mostly then unknown. This was true in many areas including germ theory and the corresponding importance of sanitation. By the same token, though, the ancients understood well that much of the water available to them would make them sick. Consequently, they only rarely drank straight water unmixed with anything else. In other words, wine was primarily for them a safe way to drink liquids.

Not only that, but the ancients were limited in their ability to preserve food for lengthy periods of time. They did not have, for instance, access to freezers or knowledge of the process of canning. The preservative power of salt has been known for millennia and they used it extensively. They also used smoking/drying of food for the same reasons. They also discovered that they could decrease the space necessary for long term storage by turning their fruits and grains into liquid. At the same time, without losing nutritional value, they could preserve those foods in an edible condition much longer in this manner as well. For example, olives have longed been pressed and the resulting oil kept preserved for a much longer period than the fresh olives alone could have been kept.

I freely admit that alcohol accomplished both of these goals. No rational person I know disputes that alcoholic beverages have been made since the dawn of agriculture. Logic, history, and Genesis 9 tell us this. Beer – alcohol made from grain – and wine – alcohol made from fruit – are healthier than unclean water simply because alcohol is already poisoned. Other kinds of germs do not like such a toxic environment. In ancient times alcoholic beverages thus prepared, properly stored, lasted much longer than fresh fruit and grain did.

I also freely admit that pasteurization was unknown until the nineteenth century. Frenchmen Nicolas Appert (1749-1841) and Louis Pasteur (1822-1895) led the way. American prohibitionist Thomas Bramwell Welch applied their techniques to fresh grape juice in 1869 and his heirs built the corresponding brand we know so well today.

Fermentation occurs naturally but no one I know or have ever met drinks what ferments naturally. This is because the process produces beverages that are highly unpredictable and notoriously unsafe. A silo full of corn may smash the bottom layer into mush and time and heat may ferment it but no one I know bottles the resulting corn liquor and sells it at Wal-mart. Without exception, the alcoholic beverages consumed on the planet today are all made in carefully controlled, highly sterilized environments. Consumable alcohol is a man-made process. It involves carefully controlling the temperature and precise amounts of sugar, yeast, and oxygen.For this reason it has been long and widely assumed that all fruit preserved in liquid form in ancient times was preserved as alcohol. But widely and long held assumptions are often simply widely and long held ignorance. Pasteurization is not the only valid method of preserving unfermented grape juice else why did the Romans have a law forbidding pregnant women from drinking fermented wine? There must have been an unfermented wine available if it was commanded as the only acceptable choice.

A process that is now and was then so highly involved developed experts with a knowledge base that could run in more than one direction. And there was a demand for grape juice to be preserved in an unfermented manner. Some preferred it for taste reasons and others preferred to keep their judgment unclouded while drinking. So how did they do it? Specifically in regards to wine how did the ancients preserve grape juice in an unfermented state for long periods of time?

Sometimes fresh grapes would be pressed and the juice drunk immediately. This was often, though not always, called new wine or sweet wine. Sometimes the grape juice was preserved in a concentrated syrup called “must” or “dibbs”. Water would later be added or mixed with this concentrate to form drinkable wine. Sometimes this syrupy, thick concoction was even spread on bread like we would jam. In addition, this must was also sometimes called sweet wine, boiled wine, or even just plain wine.

But where did this concentrated solution come from? Boiling. And grape juice that is boiled cannot ferment. See Louis Pasteur for modern proof. But people were boiling grape juice millennia before he did.

Additionally, grape juice will not ferment if it is kept air-tight as oxygen is needed for fermentation. This was difficult to do back then but it was sometimes done by storing the juice in skins or jars literally under water. This had the added benefit of keeping the juice cold which also hinders fermentation. Fresh pressed juice in large amounts was placed into casks and then put under cold, flowing water all winter. Over time the yeast (which had not yet fermented due to the temperature) settled to the bottom of the cask. The resulting sweet/unfermented wine was poured off the top and the now yeast free juice would keep for quite some time without fermentation. Filtering and fumigating the juice with sulphur were also used to delay fermentation.

I do not mind if people reasonably disagree with my interpretation and application of Scripture. That is actually good for me. I do mind when people hold a position of moderate consumption under the mistaken impression that it was impossible to preserve unfermented grape juice in Jesus’ day. In that they are just plain wrong.

Original article can be found at http://concerningjesus.blogspot.com/2015/07/alcohol-8-fallacy-of-fermentation-only.html?m=1