Home Who We Are 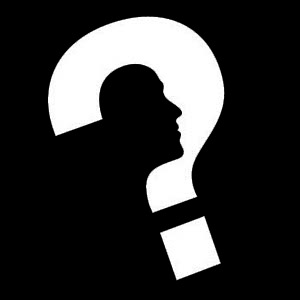 If we ever are to build great churches across this nation and world again we will do so when we become true independents again.

Yes, independents can be stubborn and contrary. That is not all in all a bad thing. There was a day when we did not need to see what everyone else was doing to decide what we were going to do. We could take what we liked about each other and ignore the rest without trying to throwing a torch on  the other ministry.

Some of our most independent churches today are overseas on the “mission field.” Some of these renegades are far enough from the rest of us to have no time to inspect what others are doing. They are merely doing the work of reaching their cities and areas for Christ while we are dividing into groups (gangs) so we can have turf wars. Sadly now we have new “Independent” Baptist mission boards who are trying to reign in these renegades. Run boys. Keep your independence. Beware of a local church mission board who attempts to control you from the United States so that he can run you like a ministry in his church.

Now that was beside the point but perhaps it will give you the idea that we believe in independence. So, if we tell you who all is involved in this effort we risk a turf war in the very forum where we desire to avoid it. Our goal simply stated is to see the truth prevail again in churches growing across this country and the world. We are not merely promoting growth for growth’s sake but by encouraging a return the principles of great church growth.

If you saw our ad in the Sword then we must assume you read the Sword. If you read the Sword then we must assume you believe in Dr. Shelton Smith. While we are not claiming his “endorsement” per se, we are stating that Dr. Smith fully knows of our goals and has graciously allowed us to be a part of the Sword. Dr. Smith does not sell ads. He passively yet cautiously promotes ministries by allowing them to place ads in the paper. By running their ad he is not claiming that he agrees with everything they say, believe or teach, but he is claiming that to the best of his knowledge they are Biblically sound and that they agree with the stated and historic positions of the Sword of the Lord.

Allow me to make a couple of suggestions to understand us better.

First we suggest that you go to a website called TownHall.com.

It is a conservative politically oriented website which has many writers contributing articles regarding important issues to the cause. Many of these writers come at their conservative values from different angles with a variety of applications. Some of them would vehemently disagree on some issues and some may not particularly care for others whose articles are also included. However the purpose of the site is clear. Discuss the issues and create healthy dialogue. That is our desire as well in our realm of being Independent Baptists. Not all of us will dot our “i’s” or cross out “t’s” the same way but we are attempting to build a soul winning and separated work for God and be faithful to His Word.

Secondly check us out for awhile. Contribute your comments and perhaps even your articles.

While the emerging church, the Word Faith movement, the seeker friendly church and the cults thrive we must get strong again. Strength comes from jostling with each other in order to prepare us for the fight on the field of this world. We as Independent Baptists believe we have THE answer. What we need is to discuss how to use the truth we have to better reach this world with the true gospel of Jesus Christ. Also please make certain you read our mission statement. (link included)

I want to thank my brother who wrote the email. I trust this answer will not only be a help in answering your question as well as others who may have had the same question.

Your Independent Baptist Brothers and Sisters